Refusing the Gift of Citizenship – Charles A. McDonald (Northwestern) with Aomar Boum (UCLA) 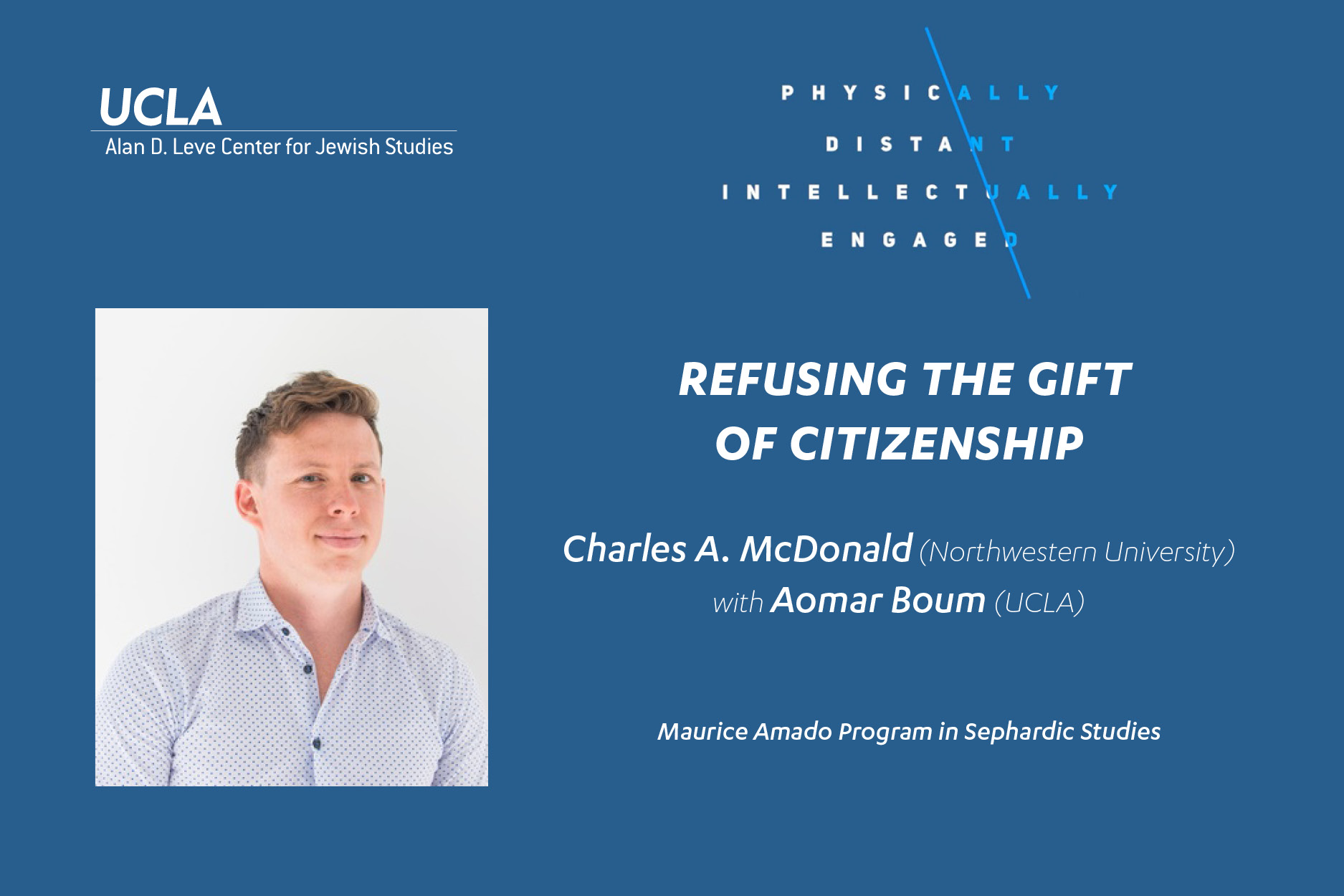 Maurice Amado Program in Sephardic Studies
Scholars writing about the Iberian citizenship laws have argued that we need to investigate how applying for citizenship has often prompted Sephardi descendants to rethink their ancestry, identity, and attachments. But what about those who chose not to apply? How should we read their decisions? Based on ethnographic fieldwork with prospective citizenship-seekers, this talk reads the refusal of citizenship as a political claim. I argue that any reckoning with the Iberian citizenship laws is incomplete without an analysis of how people negotiate citizenship and its attendant claims, particularly when states promote citizenship as a form of historical reparation.
Bio: Charles A. McDonald holds the Sava Ranisavljevic Postdoctoral Fellowswhip in Judeo-Spanish Studies at Northwestern University, where is appointed in Spanish, Jewish Studies, and Anthropology. Before joining Northwestern, he was a postdoctoral fellow in Jewish Studies at Rice University. He received his PhD in anthropology and historical studies at the New School for Social Research, where he also serves as the Managing Director of the Institute for Critical Social Inquiry (ICSI). His research has been supported by the Social Science Research Council, Wenner-Gren Foundation, Posen Foundation, and the Center for Jewish History, among others. His most recent article, “Rancor: Sephardi Jews, Spanish Citizenship, and the Politics of Sentiment,” was published this year in Comparative Studies in Society and History. He is currently finishing his first book, Return to Sepharad, which is an experimental ethnography of the return of Jews and Judaism in contemporary Spain.