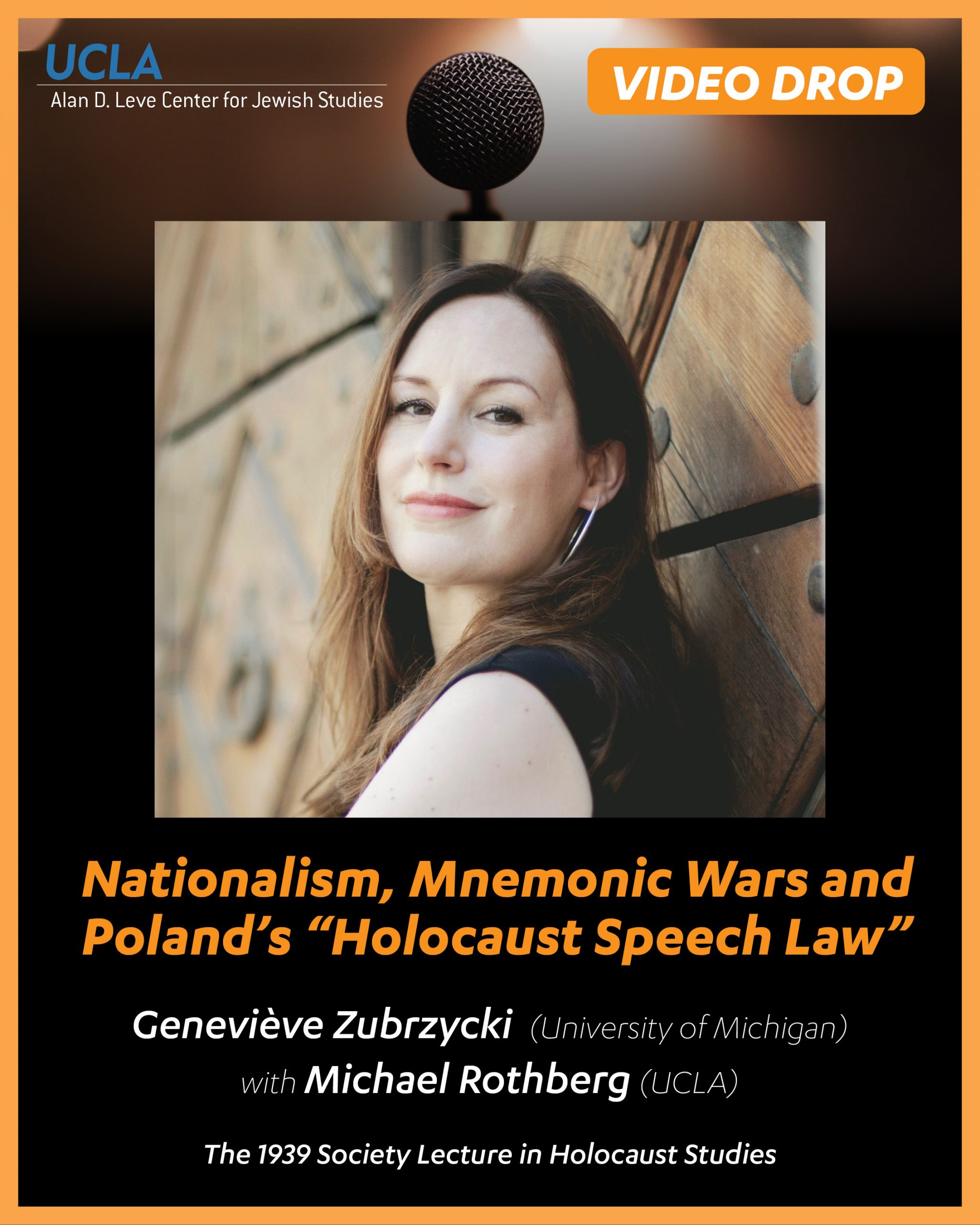 Twenty years after the publication of Jan T. Gross’ book Neighbors, which told the story of a the 1941 pogrom in Jedwabne, during which ethnic Poles tormented and murdered their Jewish neighbors, Poland is sharply divided over the history of World War II and the role Poles played in the Holocaust. While a significant portion of Polish society accepts responsibility and is engaged in collective soul-searching, others are denying Polish participation. Holocaust memory is politicized and speech on Polish participation in the Holocaust curtailed and liable to criminal prosecution. Professor Zubrzycki discusses how the fall of communism, Polish nationalism and the politics of memory are related in today’s Poland.

Geneviève Zubrzycki is Professor of Sociology and faculty associate at the Frankel Center for Judaic Studies at the University of Michigan, where she also directs the Weiser Center for Europe and Eurasia. She has written extensively on nationalism and religion, collective memory and national mythology, and the contested memory of the Holocaust in Eastern Europe. Her award-winning book The Crosses of Auschwitz: Nationalism and Religion in Post-Communist Poland analyzed memory wars and the use of religious symbols at Auschwitz. She’s currently completing a new monograph on the ongoing Jewish revival in Poland and non-Jewish Poles’ interest in all things Jewish, tentatively entitled Resurrecting the Jew: Antisemitism, Philosemitism and the Politics of Memory in Contemporary Poland. She has published on that project in the Journal for the Scientific Study of Religion, Comparative Studies in Society and History, and the Journal of Contemporary History.

The 1939 Society Lecture in Holocaust Studies