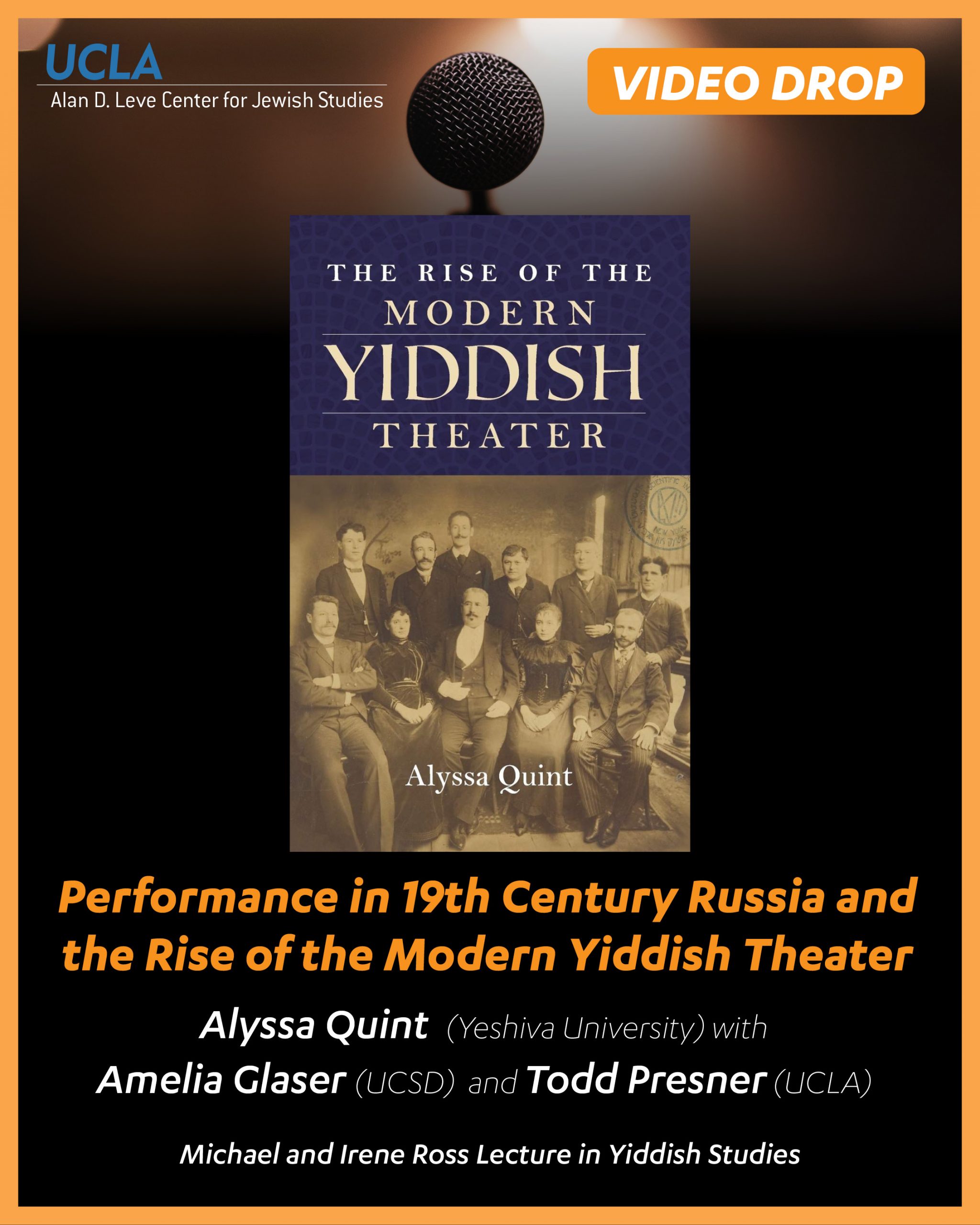 The institution of the modern Yiddish theater coalesced in a short period (from roughly 1876 to 1883) under the stewardship of a Russian-Jewish intellectual named Avrom Goldfaden, known as the father of the Yiddish theater. In composing and producing these first works of the public stage, Goldfaden pulled from Yiddish folk motifs and folksongs, and integrated comic routines from the performance culture of traditional wedding jesters and Purim performers who counted among his first actors. He also borrowed music and forms from the Western opera and operetta tradition. But Goldfaden’s most far-reaching cultural intervention was his creation of an urban-based and public Jewish culture that exuded a sense of belongingness to bourgeois Russian society, a belongingness we do not usually associate with Jews of late Imperial Russia. Goldfaden embodied and modeled the art of celebrity, self-fashioning, and social performance.