“Ornament of the World” Film Screening 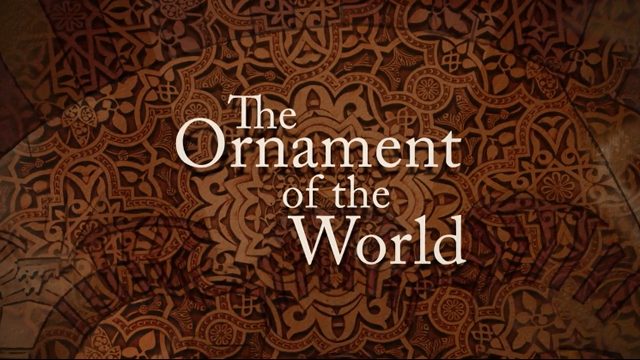 The Ornament of the World tells a story from the past that’s especially timely today: the story of a remarkable time in history when Muslims, Christians and Jews forged a common cultural identity that frequently transcended their religious differences. Ornament will retrace a nearly 800-year period in medieval Spain, from the early 8th through late 15th centuries, during which the three groups, though they competed and sometimes fought, managed for the most part to sustain relationships that enabled them to coexist, collaborate and flourish. The film blends evocative location cinematography with dramatic and lifelike animation to take viewers on a fascinating journey through the cities at the center of the story: Cordoba, Seville, Toledo, and Granada. We will discover what made this rare and fruitful collaboration possible and what ultimately tore it apart.

As Menocal writes, “This was the chapter of Europe’s culture when Jews, Christians and Muslims lived side by side and, despite their intractable differences and enduring hostilities, nourished a complex culture of tolerance.” This culture of coexistence has come to be known as La Convivencia. Though the story begins over a thousand years ago, its lessons about faith, tolerance, fear and exclusion resonate strongly today.

The story is told through a series of portraits of the figures and moments that defined medieval Spain. It has been shot in high-definition video in Cordoba, Toledo, Seville and Granada, highlighting stunning architectural wonders such as the Great Mosque of Cordoba, medieval synagogues in Toledo, the Alcazar in Seville, and the Alhambra in Granada. The historical areas of these cities have changed little over the centuries; their cobbled streets, ancient mosques and tiny synagogues bear powerful witness to the culture and people that constructed them. This footage will be woven together with 35 minutes of beautifully illustrated animated sequences that depict parts of the story for which there are no images, such as Abd al-Rahman’s flight from Damascus to what is now Spain in the mid-8th century, or Hasdai ibn Shaprut’s interactions with the Muslim court in Cordoba in the 10th century. The documentary will also draw upon a rich trove of arts and artifacts from the various cultures and periods, such as illuminated manuscripts, frescoes, tiles, objects and paintings preserved at the Spanish National Archeological Museum in Madrid and elsewhere.

Michael Schwarz founded Kikim Media with his wife Kiki Kapany in 1996 after working for many years in public television as an independent producer and then as part of the senior management team at KQED, the PBS affiliate in San Francisco. Schwarz’s work as a documentary producer and director has been honored with some of the most prestigious awards in broadcasting—three national Emmy Awards, two George Foster Peabody Awards, the Alfred I. duPont-Columbia University Journalism Award for Investigative Journalism, the Investigative Reporters and Editors Award, the Grand Prize in the Robert F. Kennedy Journalism Awards for Coverage of the Disadvantaged, and numerous CINE Golden Eagles and local Emmys.

Eric Calderwood is an Associate Professor in the Program in Comparative and World Literature at the University of Illinois at Urbana-Champaign. He is the author of Colonial al-Andalus: Spain and the Making of Modern Moroccan Culture (Harvard University Press, 2018). His articles have appeared in PMLA, The Journal of North African Studies, International Journal of Middle East Studies, and Journal of Spanish Cultural Studies. In addition to his academic publications, he has contributed essays and commentary to such venues as NPR, the BBC, Foreign Policy, and McSweeney’s Quarterly.

CMRS
Center for Near Eastern Studies