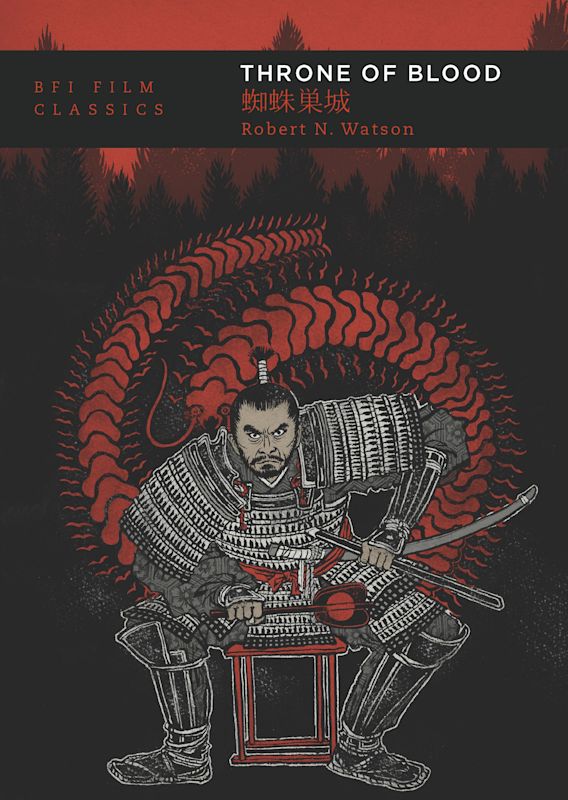 Shakespeare’s Macbeth seems to come across best in black-and-white. The recent release of a stunning new version of this blood-soaked tragedy, directed by Joel Coen and starring Denzel Washington and Frances McDormand, has spurred renewed interest in the play and its history in film. Throne of Blood, Akira Kurosawa’s 1957 Japanese reworking of Macbeth (also in black and white) has often been called the greatest film adaptation of Shakespeare ever made, with rave reviews from T.S. Eliot, Harold Bloom, and a range of renowned international directors of stage and screen.

Robert N. Watson received his degrees from Yale and Stanford, and was Assistant Professor and Associate Professor at Harvard before coming to UCLA in 1986, where he has served as Chair of the Department of English, Chair of the Faculty of the UCLA College of Letters and Science, Associate Vice-Provost for Educational Innovation, and Associate Dean of Humanities. He has won national senior research fellowships from the Guggenheim Foundation, the American Council of Learned Societies and the National Endowment for the Humanities, as well as a UC President’s Fellowship. He recently spent a year as a visiting Senior Fellow at Trinity College, Cambridge University, and a term as the Fowler Hamilton Fellow at Oxford’s University’s Christ Church College.

Professor Watson teaches mostly Shakespeare, English Renaissance poetry, and historical ecocriticism.  He has been awarded the UCLA Distinguished Teaching Prize, and the Gold Shield prize, given annually to one faculty member at the university for outstanding contributions in research, teaching, and public service. He was also the first holder of the Neikirk Chair for Innovative Undergraduate Education.

His environmental book Back to Nature: The Green and the Real in the Late Renaissance, won the Dietz Memorial Prize, “awarded annually for the best book published in early modern studies,” as well as the ASLE Prize for the best book of ecocriticism of 2005-07; and he has continued to work and publish on environmental and animal-protection issues. His other books have studied Shakespeare, Ben Jonson, the fear of death in the Renaissance, and the malfunctions of cultural evolution. He has edited volumes of Jonson’s plays and (with his departmental colleague Professor Braunmuller) the new Arden edition of Shakespeare’s Measure for Measure. His poems have appeared in The New Yorker, and others in dozens of other literary journals here and overseas.

Stephen J. Dickey is Senior Lecturer in the English Department where he has received numerous teaching prizes, including the UCLA Distinguished Teaching Award.  He offers various courses in Shakespeare, the English Renaissance, and the Beat Generation, as well as introductory courses in poetry and drama.

From 2002-16, Dickey served on the faculty of the Folger Teaching Shakespeare Institute, an NEH-supported program for high school teachers from across the country, held biennially at the Folger Shakespeare Library in Washington, D.C.

Recent publications include studies of Shakespeare’s second tetralogy of history plays, the Elizabethans’ favorite sport of bearbaiting, and Shakespeare allusions in American political writing and oratory during the Civil War era. In 2016 he curated “The Bard Goes West” at the Central Library in Los Angeles – an exhibition growing out of the Folger’s “America’s Shakespeare” show commemorating the 400th anniversary of Shakespeare’s death. His latest publication, “Beats Visiting Hell,” surveys the epic motif of the katabasis, or journey to the underworld, in Beat works like Allen Ginsberg’s “Howl,” Jack Kerouac’s “Big Sur,” and William Burroughs’ “Naked Lunch.”

COVID-19 Attendance Policy for event entry:
For UCLA students, staff, and faculty: completion of campus symptom monitoring survey; present clearance certificate.
For the public: Valid ID and proof of vaccination or, Valid ID, verbal attestation to an exception, and a negative COVID test within 72 hours.
Please note that all attendees must wear face masks.