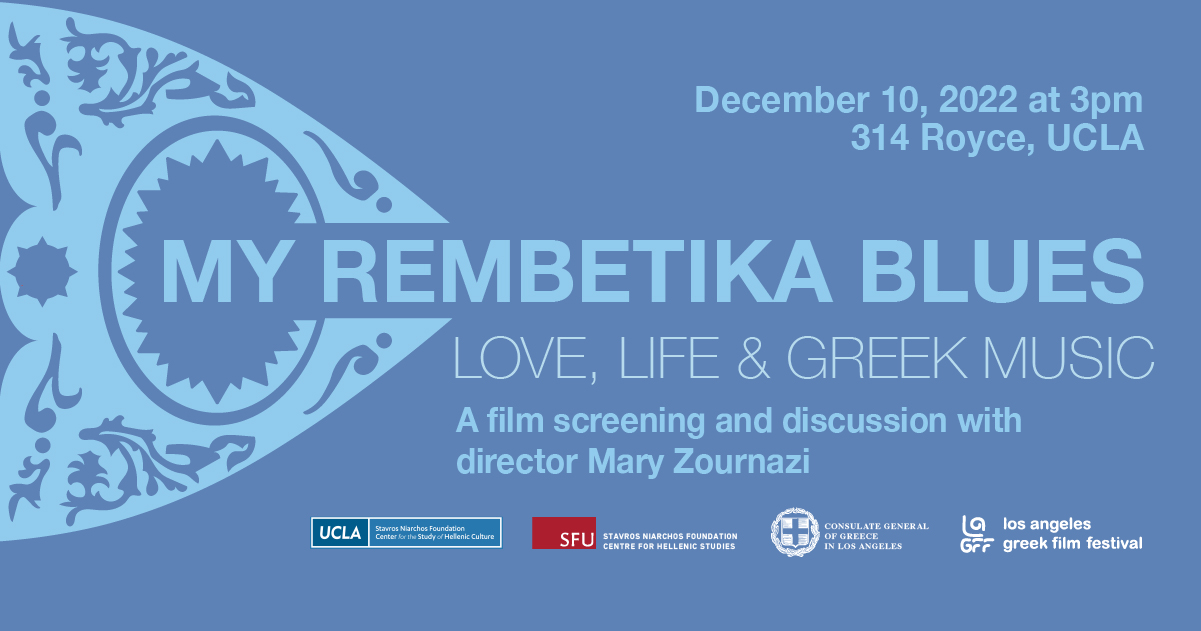 My Rembetika Blues is a film about the power of music and what makes us human. Rembetika music or the Greek blues is a music of the streets and a music of refugees. The film explores the heart and soul of Rembetika music through peoples’ stories of love, loss and belonging.

Rembetika developed its roots from migrant experience. Mary Zournazi’s grandmother was one of the 1.2 million refugees who fled the Smyrna disaster in Turkey in 1922 and arrived at the Port of Piraeus in Greece. She, like many, became part of a movement of people, and of tradition, which saw the birth Rembetika.

Through its rawness and unique style, Rembetika provides one of the world’s foremost musical accounts of migrant experience. Through Mary Zournazi’s grandmother’s story, Zournazi narrates a personal account of the depth of longing and belonging that is part of the migrant life. By weaving together different stories and interviews, the film looks at the legacies of history and migration, and how music can connect people in times of struggle and in times of need.

Drawing on the parallels of the migrant and economic crisis in Greece, the film explores the revival of Rembetika today, and how it continues to convey everyday life and struggle through the fusion of street music, hip-hop, and other influences such as Byzantine music and the Blues.

The film documents peoples’ memory and experiences that are often left out of the chronicles of history. It is a universal story about love, life and music.

This event is the first in a series of events held in collaboration with the SNF Centre for Hellenic Studies at Simon Fraser University in Vancouver. We gratefully acknowledge the support of the Stavros Niarchos Foundation for this pilot program, which seeks to create networks across the West Coast of North America and between the West Coast and Greece.

This event is being held under the auspices of the Consulate General of Greece in Los Angeles.