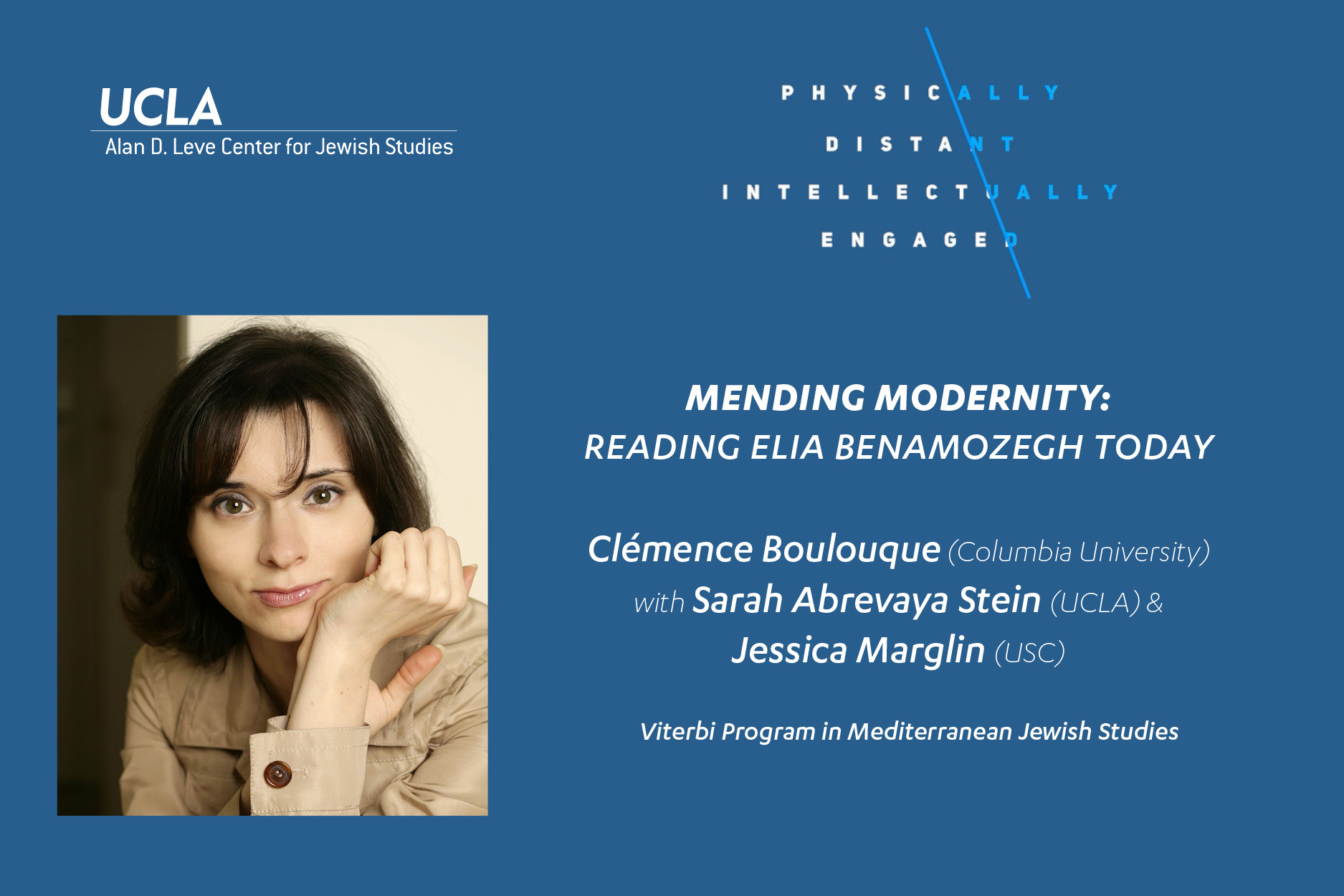 How did it come to be that a nineteenth-century stern-looking Italian rabbi of Moroccan descent who never left his hometown of Livorno, and advocated for Jewish universalism and unity across religion, managed to influence a spectrum of thinkers and actors that include advocates of church reform at the turn of the twentieth century in Italy and France, Jewish intellectuals of the school of Paris-in the interwar period and the immediate postwar, proponents of the Second Vatican Council, American evangelists, right-wing Zionists in Israel and even the psychoanalyst Jacques Lacan and the painter Amedeo Modigliani? Benamozegh’s hopes for religious unity have certainly not materialized. However, the tools that he used in pursuit of his goal, and the way in which he expanded the criteria of religious modernity, routinely identified by its Europe-centered rationalism and universalism, offer new ways to think about his time, and ours.

Clémence Boulouque is the Carl and Bernice Witten Associate Professor in Jewish and Israel studies at Columbia University. Her interests include Jewish mysticism, intellectual history with a focus on the Sephardi world, and the intersection between religion, the arts, and psychoanalysis. She recently published Another Modernity: Elia Benamozegh’s Jewish Universalism (Stanford University Press, 2020) and she is the co-editor of the Stanford Studies in Jewish Mysticism series. A former literary and movie critic, she is also a novelist and essayist in her native France.