Skip to main content
Home » Events » Iranian » Literature: Its Existence and Its Appearance

Literature: Its Existence and Its Appearance 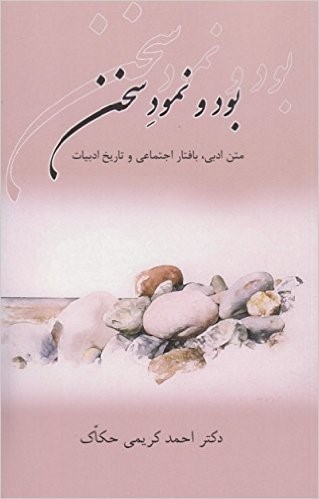 A lecture in Persian by Ahmad Karimi-Hakkak

Bud o Nemud-e Sokhan (Literature: Its Existence and Its Appearance) brings together twenty select articles which Ahmad Karimi-Hakkak has written and published in the Persian language over three decades of academic service in the United States, and which have a bearing on a novel understanding of the history of Persian Literature. In an extensive Introductory essay, the author relates each of the works he analyzes and interprets to its specific social context and to the ways these essays, taken collectively, contribute to the formation and evolution of this world renowned literary belletristic tradition over eleven centuries of continued writing. In his talk the author will also chart the course for a new project, that is a History of Persian Poetry conceptualized as a multinational cosmopolitan aesthetic tradition of universal relevance.

Ahmad Karimi-Hakkak is a professor of Persian Language, Literature and Culture at the University of Maryland and now a visiting professor at the UCLA Department of Near Eastern Languages. He is the author, translator and editor of twenty-three books and over one-hundred academic articles, and has contributed to various leading encyclopedias such as Britannica and Iranica. His works have been translated into many languages and the Persian translation of one of his most important books, titled Recasting Persian Poetry (Persian title: Tali`eh-ye Tajaddod dar She`r-e Farsi) is the standard textbook for Ph.D. programs in Persian literature in Iranian and Indian universities.