Literary Networks of the Vicars Choral and the Clerical Proletariat in Late Medieval English Cathedrals: Lyrics of Complaint from York, Norwich, and St. Paul’s 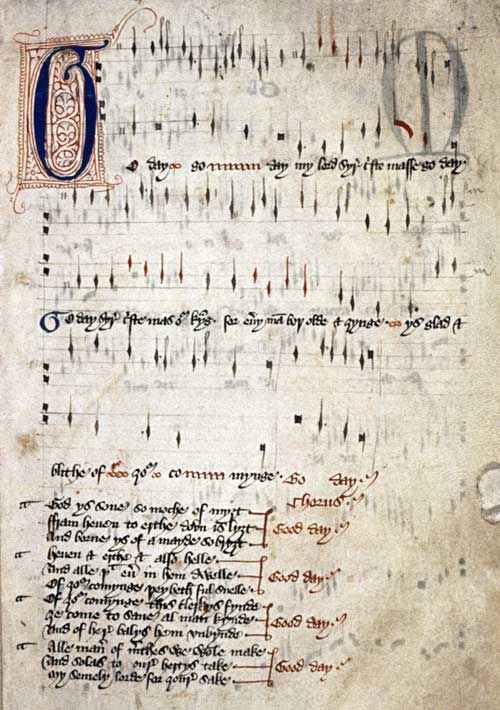 When Margery Kempe visited York Minster in 1417 she was befriended by two of the choral vicarii, John Kendale “and another preste whech song be the bischopys grave.” The grave in question belonged to Archbishop Richard Scrope, who was executed under Henry IV and whose semi-suppressed cult remained a matter of some delicacy. Kendale and his unnamed fellow were not only counseling Kempe, but introducing her to the Minster’s history, saints, and monuments—an official part of the daily job of cathedral vicarii. Kendale was also an owner of Piers Plowman. If we link such information about the literary interests of the vicarii with some of the contemporary Latin writings produced at York Minster and other cathedral networks, we get a rare view of literary circles of the clerks lower down the ladder in episcopal familia. Some of the texts that survive are more generally indicative of a cathedral’s local pride in its history, and its zeal to protect its power and privileges. Other survivals, for instance at York, relate directly to the Scrope execution, such as poems of traumatic mourning in liturgical Latin (his death was personally witnessed by many of his cathedral familia in 1405), and fragmentary in-house chronicles—sometimes versified. Despite the royal and ecclesiastical censorship efforts—in fact likely because of them—a stunning range of literature sprang up from York Minster, giving us a rare chance to look at multilingual literary production within a normally invisible group. Private lyrics on love, loneliness, and chorister experience also survive from the cathedrals at York, St. Paul’s, Norwich, and elsewhere.

In this talk CMRS Distinguished Visiting Scholar Kathryn Kerby-Fulton (Notre Dame Professor of English, Notre Dame University) compares poetry from manuscripts connected to these and other cathedrals, especially those containing poems about the woes of chorister life or clerical isolation.