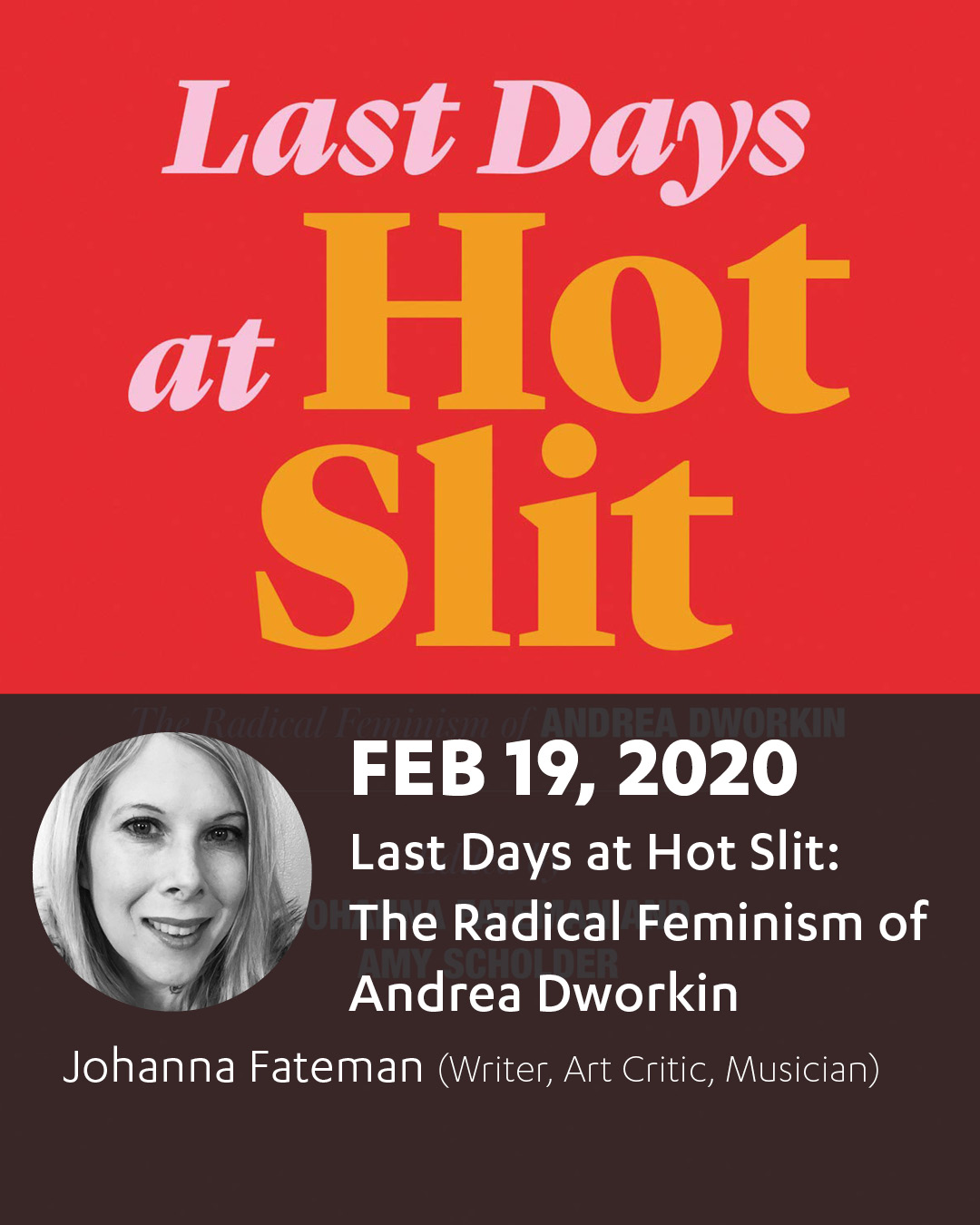 Among the very first writers to use her own experiences of sexual assault in a revolutionary analysis of male supremacy, radical Jewish feminist Andrea Dworkin has been branded as a misandrist and a censorial demagogue for her controversial stances on pornography, sex and violence. This event will bring together Johanna Fateman, editor of Last Days at Hot Slit, a new collection of Dworkin’s writings, and Professor Katherine Marino, an historian of women, gender, sexuality, and race in the Americas, to discuss how Dworkin’s contentious positions read differently when put in dialogue with her literary oeuvre and the enduring resonances of her singular vision of the women’s experience in the #metoo era. Writer, art critic, and musician Johanna Fateman is a founding member of the band Le Tigre and owner of Seagull Salon in New York City. She writes regularly for The New Yorker, Artforum, and 4Columns. She is co-editor of Last Days at Hot Slit: the Radical Feminism of Andrea Dworkin published by semiotext(e) in 2019.

The UCLA Center for the Study of Women

The UCLA Department of Germanic Languages