Ken Wissoker, Senior Executive Editor at Duke UP – Publishing in the Pandemic 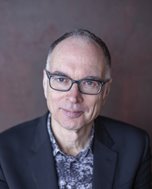 Join us for a talk by Senior Executive Editor of Duke University Press, Ken Wissoker. He will speak about publishing in the pandemic, and how to get your first book manuscript published!

Please note this event will follow all COVID-19 protocols for indoor masking, and proof of vaccination or negative COVID test in the past 72 hours.

If you are joining us via livestream, please use the following webinar link to join us:

BIO: Ken Wissoker is the Senior Executive Editor of Duke University Press, acquiring books in anthropology, cultural studies, and social theory; globalization and postcolonial studies; Asian, African, and American studies; music, film and television; race, gender and sexuality; science studies; and other areas in the humanities, social sciences, media, and the arts. He joined the Press as an Acquisition Editor in 1991; became Editor-in-Chief in 1997; and was named Editorial Director in 2005. In addition to his duties at the Press, he serves as Director of Intellectual Publics at The Graduate Center, CUNY, in New York City.

In addition to the work of these leading scholars, he is particularly proud of the number of pioneering first books he acquired. When asked what he looks for, Ken says, “I love seeing a project that changes my thinking, that is more than a recognizable approach well-applied.”

He has written on publishing for The Chronicle of Higher Education and in Cinema Journal, and writes a column for the Japanese cultural studies journal “5.” A three-part interview with him by Adeline Koh appeared in April 2013 on the Prof. Hacker blog. He speaks regularly on publishing at universities in the US and around the world.