James Uden | The Politics of Pathos in Virgil’s Aeneid 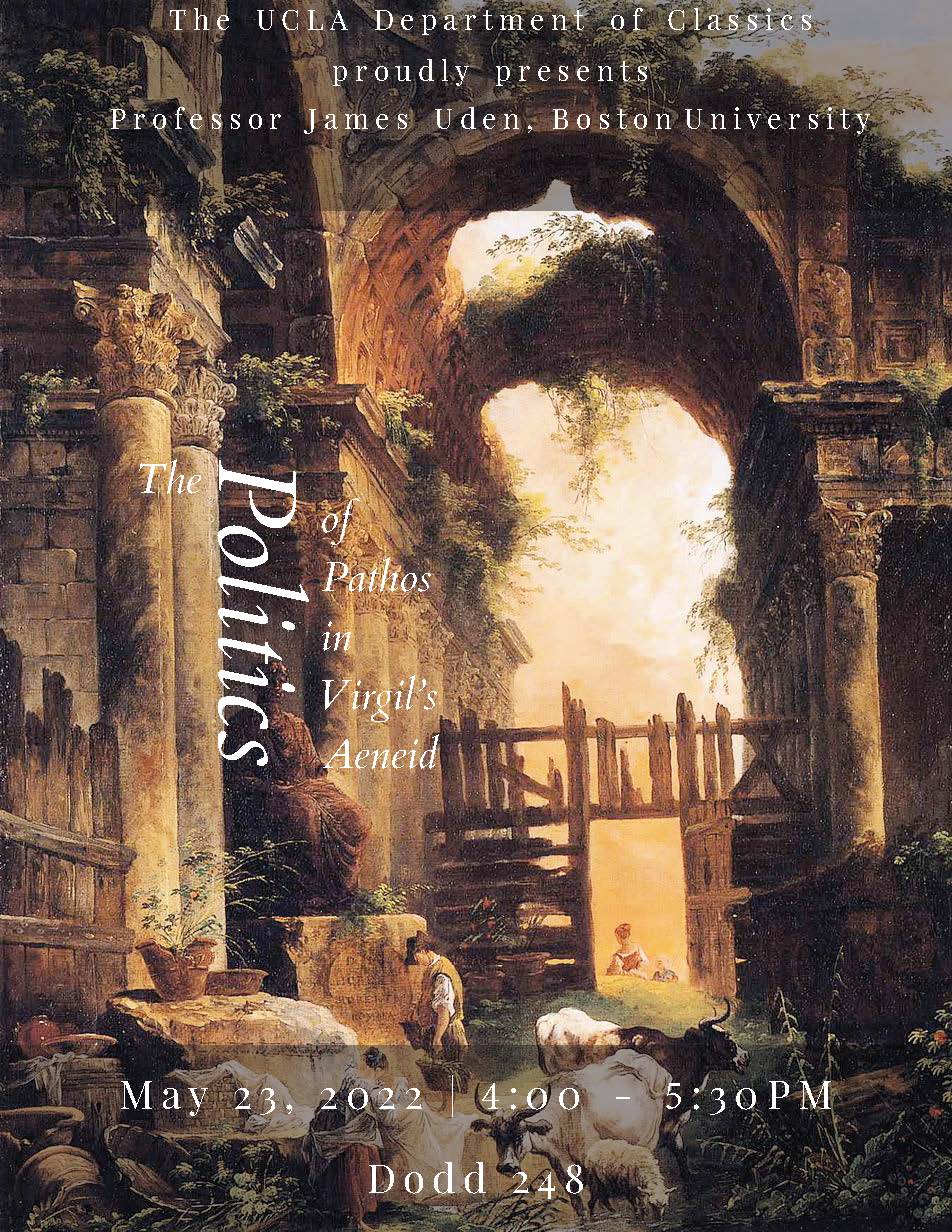 Virgil’s particular attention to human suffering has long been identified as a defining aspect of his poetry, but critics have had widely different views on the politics of Virgilian pathos. Is empathy for the defeated in the Aeneid a way of undermining the triumphalist claims of Augustus (e.g. Putnam 1965)? Or does the poem’s famous melancholy in fact encourage its readers to accept the losses they endure, thereby neutralizing anger and resistance (Habinek 1998)? Drawing inspiration from Judith Butler’s essay collection Precarious Life: The Powers of Mourning and Violence, this paper proposes a different way forward. Rather than celebrating the victory of one side over the other, Virgil encourages us to understand our shared vulnerability to injury as a foundation for political community. At the same time, not every character in the epic is judged worthy of the same empathy and grief, and the poet thereby sharpens our attention to those whom society has deemed less “grievable”. Virgilian pathos, I argue, is not the poet’s insular, subjective response to the society around him; it is a political vision grounded in a close attention to the precarity of others’ lives.