Skip to main content
Home » Events » Center for Study of Religion » Islam and Jews in the Holy Land: Land and Nature and the Construction of Jewish Culture

Islam and Jews in the Holy Land: Land and Nature and the Construction of Jewish Culture 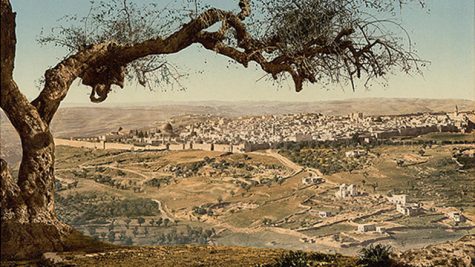 In this lecture, Dr. Mostafa Hussein will explore the ways the Jewish intelligentsia in pre-state Palestine interacted with Arabo-Islamic civilization, as demonstrated in Hebrew works treating the geography and the nature of the Holy Land. The talk will also highlight how the Jewish engagement with Islamic culture contributed to the Jewish connection to the land and its nature. It will demonstrate how Jewish individuals who viewed themselves as culture shapers and scholars incorporated and exploited Arabo-Islamic knowledge within the domain of yediʿat ha-arets [the intimate knowledge of the land].

The Hebrew scholarly treatment of the historical geography of Palestine/Israel generally runs along four axes : (1) an emphasis on the importance of Arabic and Islamic knowledge for the advancement of yediʿat ha-arets; (2) an effort at identifying place-names that appear in biblical and post-biblical sources with their equivalent in modern Palestine and associating them with Arabic place-names; (3) a prioritization of certain places of interest to Jews in view of data preserved in Arabo-Islamic sources; and (4) the construction of a pictorial account of Arab inhabitants’ relationship with the Land of Palestine/Israel.

Mostafa Hussein is a postdoctoral scholar and a teaching fellow in the School of Religion at the University of Southern California. He received his Ph.D. from the Department of Near Eastern and Judaic Studies at Brandeis University. His doctoral dissertation titled “Hebrew Scholarship on Islam” explored the various ways of interaction between Jewish intellectuals and Arabo-Islamic civilization in Late Ottoman through Mandatory Palestine and during the early years of the state of Israel. His research focuses on the encounter between Jews and Islam in modern times in the Middle East as exploring main themes in the mutual perceptions of Jews and Muslims as they were represented in the writings of intellectuals from both sides.