Some major landmarks of modern Iranian history such as the 1921 coup d’Etat or the toppling of Mosaddeq in 1953 are now checked with critical attention by historians. Was the 1953 coup against Mosaddeq an American achievement or did it eventually succeed through a popular uprising? If the Shiite clergy would be responsible for the coming back of the Shah, how can we understand the ideological mixture of radical Islam and nationalism at the time of the 1979 revolution? Iranian awareness of history is often blurred by myths, stereotypes and lack of a clear chronological scale. The talk will present some headlines of Persian history as an introduction to my last book Iran: A Social and Political History since the Qajars (Cambridge University Press, 2019). 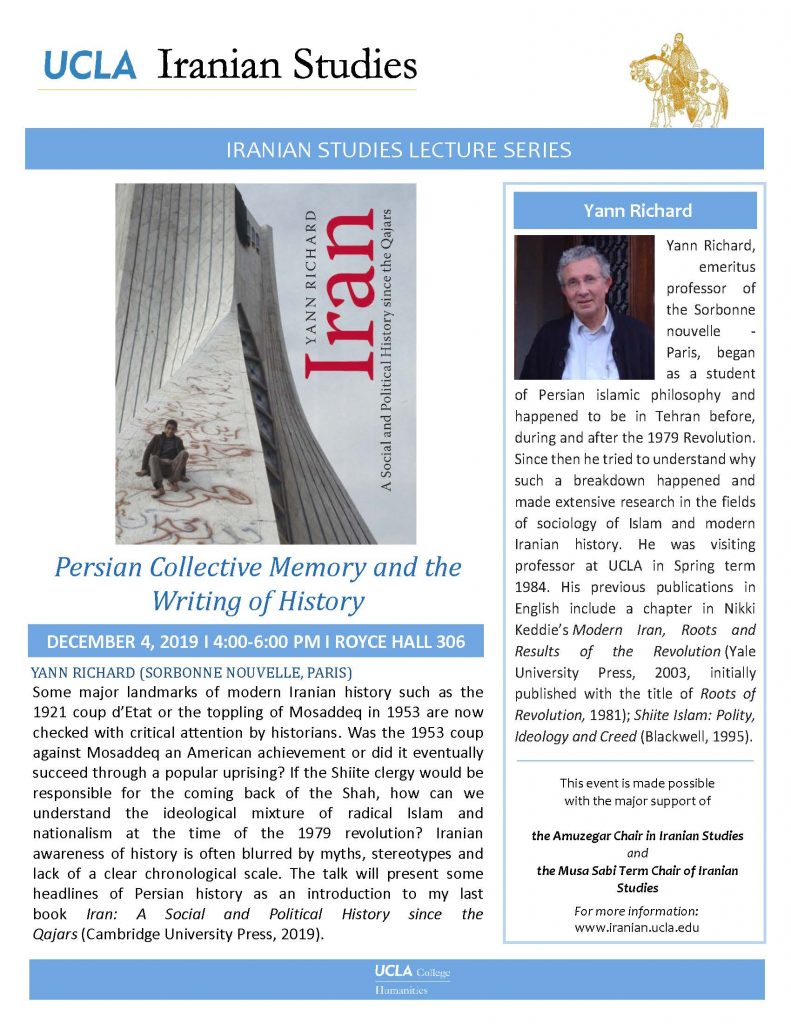