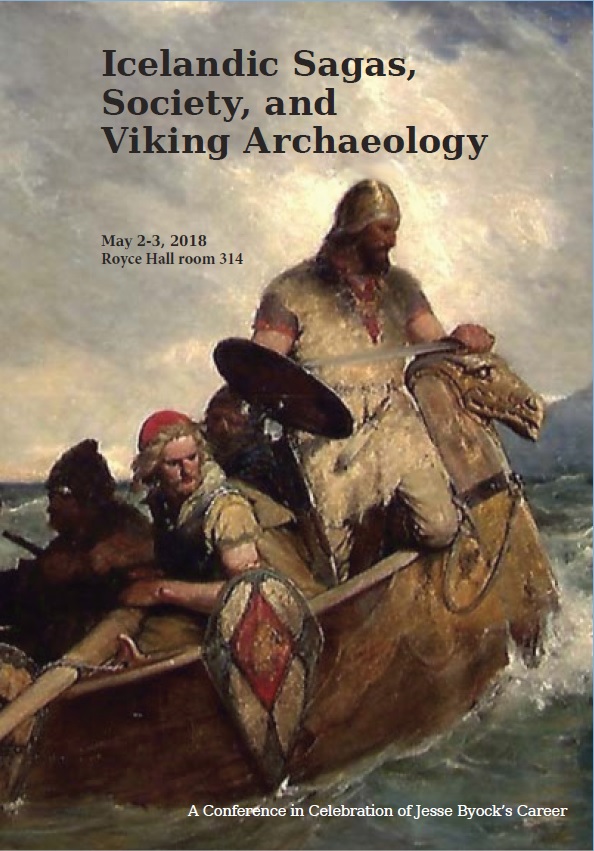 The UCLA Scandinavian Section and the UCLA Center for Medieval & Renaissance Studies invite you to attend Icelandic Sagas, Society, and Viking Archaeology: A Conference in Celebration of Jesse Byock’s Career Retirement on Wednesday, May 2 and Thursday morning, May 3 in Royce Hall room 314.

Jesse Byock is Research Professor at UCLA’s Scandinavian Section and the Cotsen Institute of Archaeology, specializing in archaeology, Viking history, medieval Iceland, and Old Norse language and sagas. He is also Professor at the University of Iceland in the Department of History and the Programs in Medieval Icelandic and Viking Studies. Professor Byock is the author of Feud in the Icelandic Saga, Medieval Iceland, and Viking Age Iceland. He translated from Old Norse Grettir’s Saga, The Saga of the Volsungs, The Prose Edda: Norse Mythology, and The Saga of King Hrolf Kraki. He is the author of the Old Norse textbooks: Viking Language 1 and Viking Language 2. With Davide Zori, Professor Byock edited Viking Archeology in Iceland: Mosfell Archaeological Project.

Professor Byock is the Lead Archaeologist and Director of the Mosfell Archaeological Project (MAP) excavating in Iceland’s Mosfell Valley. The work has produced the concept of ‘Valley System Archaeology,’ a form of landscape archaeology especially suited to analyzing the social, environmental, and human adaptions of Viking Age life. The excavations unearthed a chieftain’s longhouse, pagan and Christian burial sites, a conversion-age church, stone ship monuments, burial mounds, outlying farms, and a Viking Age harbor. The excavation results off er a detailed picture of life within a mixed pagan and Christian Viking Age community. Professor Byock was the Icelandic Archaeology Representative to the Advisory Board of the Serial Nominations Committee for UNESCO World Heritage Sites of the Viking Age, focused on cultural heritage and archaeological preservation of Viking Age sites. As part of this project, he worked with the Icelandic Ministry of Culture and Education and The Cultural Heritage Agency of Iceland representing Iceland to Scandinavian, Northern European, and Baltic archaeologists and representatives of the various national antiquities institutes.