CANCELED – “Hypnerotomachia Poliphili” (1499) and the Architecture of Dreams 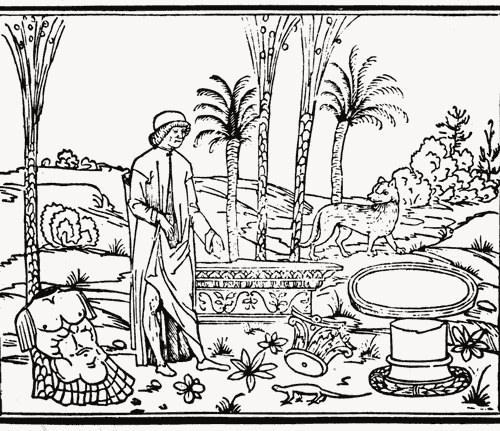 This presentation investigates the continuum of dreams and architecture staged in Hypnerotomachia Poliphili, a 1499 publication that exerted significant influence in art and architecture for more than two centuries. Published by the press of Aldo Manuzio, the bizarre narrative of Hypnerotomachia unfolds in a series of imaginary worlds dreamed up by the protagonist and is accompanied by 172 woodcuts, most of them illustrating monuments whose designs forge fragments of classical architecture into unlikely combinations. The painstaking, imaginative architectural descriptions and the elaborate illustrations of the book have sparked controversy regarding its authorship; most scholars contend that it was written by a monk, while others argue that an architect must have assisted in its preparation. Despite the importance of the book, to this day little work has been done on the architectural logic of the described forms, less so on their linkage to the associative and creative nature of dreams.

What is the role of the dream in the formation and presentation of these architectural compositions? In what ways did the fantastical designs of this fictional tale intersect with the system of rules subsequently articulated in architectural treatises?

Demetra Vogiatzaki is a doctoral candidate in History of Architecture at Harvard University. Her research focuses on the intersection of architectural theory and praxis with evolving medical, philosophical, and aesthetic theories of dreaming in the Enlightenment. Demetra holds an MA in Architectural Engineering and an MSc in Architecture from the National Technical University of Athens, both with distinction. Her research has been supported by fellowships and awards from the Graduate School of Arts and Sciences (Harvard University), the A.G Leventis Foundation, and the Gerondelis Foundation, among others.