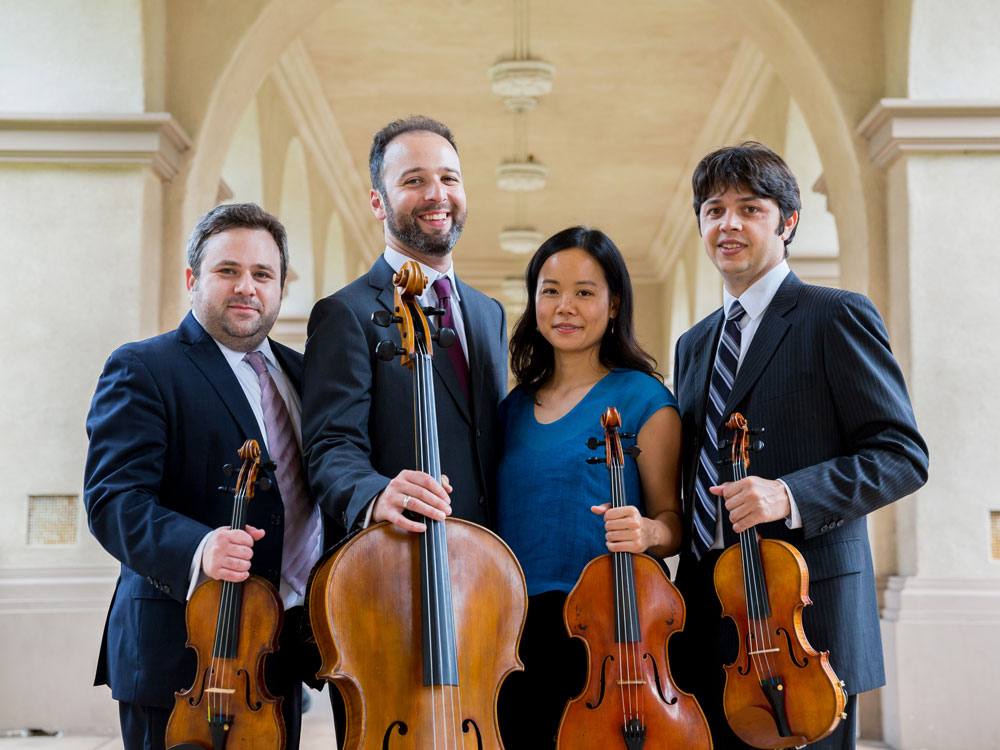 Hailed as “an accomplished young foursome with a luscious sound and an experimental bent” (Repeat Performances), the Hausmann Quartet was formed in 2004 and has since come to be known for its powerful, dynamic performances and commitment to community engagement. Named for the eminent 19th-century German cellist, Robert Hausmann, the quartet has established itself as an integral part of the cultural life of Southern California as faculty Artists-in-Residence at San Diego State University and Ensemble-in-Residence at Mainly Mozart. The quartet has won prizes at the Beverly Hills National Auditions, Rotenburg International Chamber Music Competition, and the Morrison International Fellowship award, and enjoys a busy and varied performance schedule of concerts throughout North America and Asia.

The festival is made possible by the Henry J. Bruman Trust, Professors Wendell E. Jeffrey and Bernice M. Wenzel, by a gift in memory of Raymond E. Johnson, and with the support of the UCLA Center for 17th‐ & 18th-Century Studies and Powell Library.