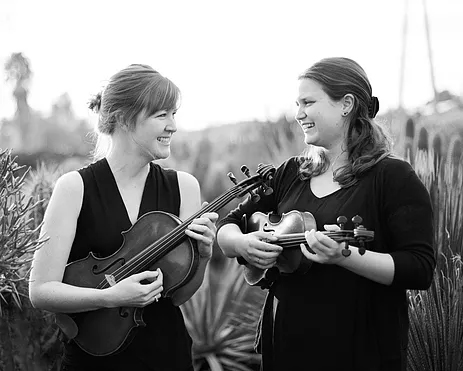 Aperture Duo curates fearless programs that explore new sounds, voices, and techniques through the lens of violin and viola chamber music. Lauded for their “precision and interpretation” along with their “distinct sense of unity and independence” (icareifyoulisten.com), Los Angeles-based Aperture Duo was founded in 2015 by violinist Adrianne Pope and violist Linnea Powell. Equally at home performing old and new music, Aperture Duo actively commissions diverse new works to expand the violin and viola duo repertoire.

The festival is made possible by the Henry J. Bruman Trust, Professors Wendell E. Jeffrey and Bernice M. Wenzel, by a gift in memory of Raymond E. Johnson, and with the support of the UCLA Center for 17th‐ & 18th-Century Studies and Powell Library.