Hanna Arendt Reads Kafka: A Case Study in the “Immediate Postwar” – A lecture by Amir Engel 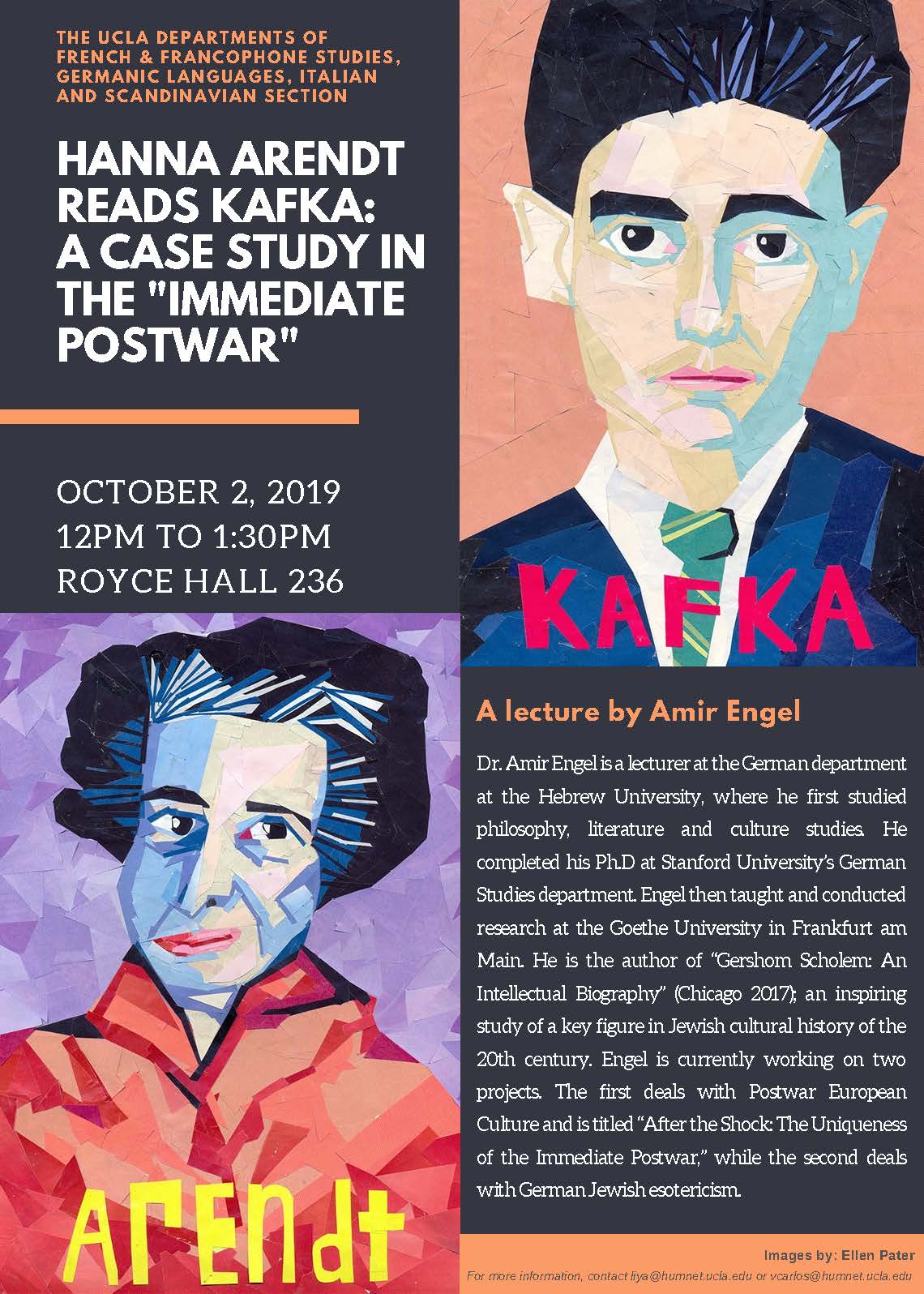 Hanna Arendt Reads Kafka: A Case Study in the “Immediate Postwar” – A lecture by Amir Engel

Dr. Amir Engel is a lecturer at the German department at the Hebrew University, where he first studied philosophy, literature and culture studies. He completed his Ph.D at Stanford University’s German Studies department. Engel then taught and conducted research at the Goethe University in Frankfurt am Main. He is the author of “Gershom Scholem: An Intellectual Biography” (Chicago 2017); an inspiring study of a key figure in Jewish cultural history of the 20th century. Engel is currently working on two projects. The first deals with Postwar European Culture and is titled, “After the Shock: The Uniqueness of the Immediate Postwar,” while the second deals with German Jewish esotericism.