Glass in the Late-Antique Mediterranean 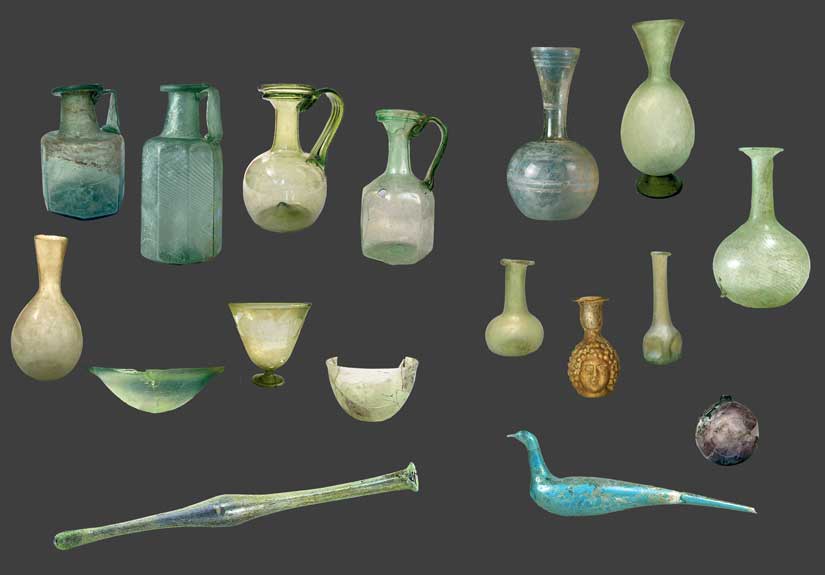 Glass was first created in Mesopotamia or Egypt as an artificial precious stone in the third millennium B.C.E. Until the late Hellenistic period, its use remained largely restricted to the highest echelons of society. The invention of the free-blowing technique in the first century B.C.E. along the Syrio-Palestinian coast led to an unprecedented expansion in the use of glass, which was now available to wide segments of Roman society. The production of raw glass was exclusively carried out in large, specialized workshops along the Syrio-Palestinian coast and in northern Egypt. From this region, raw glass was distributed and sold to secondary workshops, where it was transformed into glass vessels (tableware, drinking, serving and pouring vessels), flasks (for unguents, fragrances and medicine), and jewelry (beads, amulets, gems, rings and bracelets). Other uses of glass, frequently overlooked, included the tessellation of wall mosaics, which required dozens of tons of colored glass, and the glazing of windows for secular and religious buildings, which demanded equally large quantities of transparent glass. In this lecture, Anastassios Antonaras (Curator, Museum of Byzantine Culture, Thessaloniki) will trace the journey of glass from the primary production centers of the Levant, to the secondary workshops of the urban centers of the Mediterranean, to the houses and splendid edifices of the Late Romans and Byzantines.

Funding for this lecture is provided by the Betty and Sanford Sigoloff Endowment for the UCLA Center for Medieval and Renaissance Studies.