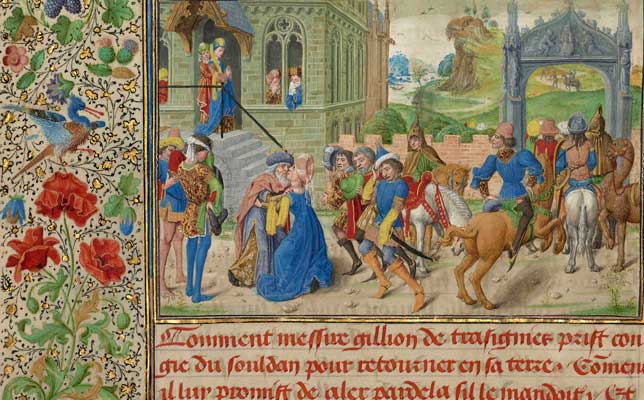 After 1453, the year Constantinople fell to the Ottoman Turks, the Duke of Burgundy remained the last Western leader proposing a new crusade in the East. But the narrative of the defense of Christian faith and religious war was simply the most visible element of numerous exchanges between the Burgundian Low Countries and the East reaching back to the early fifteenth century and to France. What did the ducal court and its entourage read and acquire for its famous private libraries dealing with East-West relations? What was the court’s cultural and artistic output within the perspective of the global Middle Ages?

Hanno Wijsman (History, Institut de recherche et d’histoire des textes, IRHT-CNRS, Paris)
“The Library as a Window. The Grand Duke of the West and the Fascination of the East”

Organized in conjunction with the exhibition Traversing the Globe through Illuminated Manuscripts (January 26–June 26, 2016) and the publication of The Adventures of Gillion de Trazegnies: Chivalry and Romance in the Medieval East (J. Paul Getty Museum, 2015).