Early Modern Explorations: A Conference in Honor of Mary Terrall 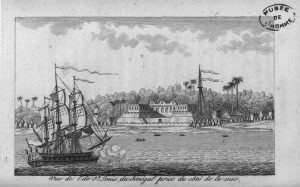 Presented in-person on the UCLA campus in Royce Hall 314
and livestreamed on the Center’s YouTube Channel   livestream is PDT
Organized by Theodore Porter (University of California, Los Angeles)

The “Scientific Revolution,” as the first generation of professional historians of science defined it, was set in early modern Europe. It was about rigor and mathematical abstraction, the distancing of self from nature. Mary Terrall’s sense of early modern science appears radically different. It focuses on human actors, but also insects, frogs, instruments, and plants. Open one of her books or articles and you will meet not with towering abstractions, but with closely-observed actors, enveloped in details drawn from texts and archives that may at first appear remote from science. Yet mathematics is present too, and self-styled heroic adventurers carrying out those measurements and calculations by which the earth was ever-so-slightly flattened at the poles. The forms of early modern exploration that are brought together in her work connect with imperial and commercial adventures, animal husbandry, book history, and natural history collections. The new world of early modern science as she depicts it is dazzlingly heterogeneous, simultaneously literary and material, comprised of enlightened states and their academies; female as well as male collectors, readers, and mathematicians; far-flung adventures and finely-drawn caterpillars.

Full program schedule is available on our website: http://www.1718.ucla.edu/events/early-modern-explorations/

This event is free of charge. To attend the in-person event at Royce Hall you must register in advance. Registration closes on Tuesday, May 31. (Registration is not necessary to view the livestream on our YouTube Channel)