Early Modern Bibliophilia: A Celebration of the Chrzanowski Collection 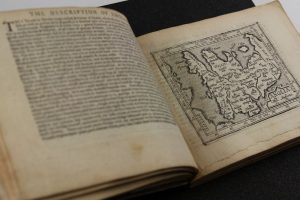 In fall 2009 Paul Chrzanowski, a physicist and bibliophile in California, donated his collection of seventy-two early English books to the William Andrews Clark Memorial Library. Nine additional titles followed in 2014, and twenty-one more in 2018. It is the most valuable and important donation made to the Clark Library since the original donation of the founder’s collection, deeded in 1926 and transferred to UCLA’s custody in 1934.

Paul Chrzanowski set out nearly thirty years ago to acquire texts that Shakespeare likely read or could have read in some form. Some are identified as source books that Shakespeare used to write his plays; many are not but remain important to the development of the English language and literature as well as societal changes in the English Tudor period in which Shakespeare lived. This important collection includes older literary texts by Boccaccio, Gower, and Chaucer; English translations of classical works and European poetry, including Plutarch, Tasso, and Ariosto; and works of immediate predecessors and contemporaries such as Sydney, Spenser, Marlowe, Jonson, and Drayton. The Paul Chrzanowski Collection is also strong in religious texts—from pre-Reformation Catholic treatises to English Bibles and a Book of Common Prayer—and English Chronicles—from Higden’s Polychronicon to Holinshed.

This symposium celebrates the Paul Chrzanowski Collection with a series of brief presentations by UCLA faculty, librarians, graduate students, and special guests, who will each speak about their favorite items in the collection. Paul Chrzanowski will present closing remarks and reflect upon the works discussed.

A selection of works from the collection will be on display before and after the presentations.

For additional information about the Chrzanowski Collection, please see

There is no charge for this event. Advance booking is requested:   http://www.1718.ucla.edu/events/chrzanowski/