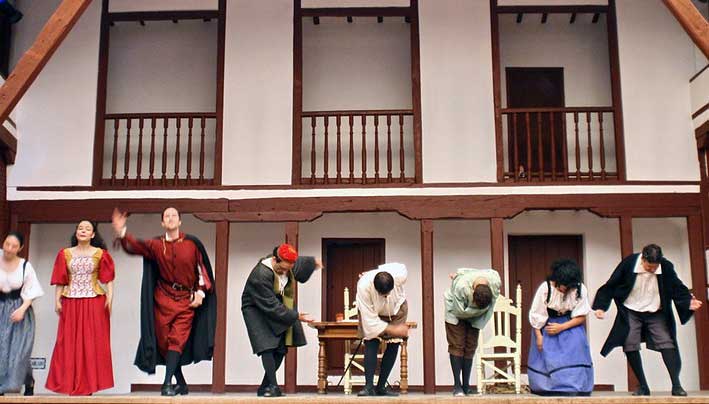 With roots in the Middle Ages and the Renaissance, the persistent Spanish myth of Don Juan first reaches Madrid’s commercial stage around 1630 in the play, The Trickster of Seville, long attributed to Tirso de Molina. More recently, the faulty text, which nevertheless served Mozart well for his famousDon Giovanni, has been more accurately ascribed to Andrés de Claramonte. A favorite play on the stage for years in the Spanish-speaking world and in the United States, its most recent production in Los Angeles by the Bilingual Foundation of the Arts brought the mythical character to the acclaim of young and old.