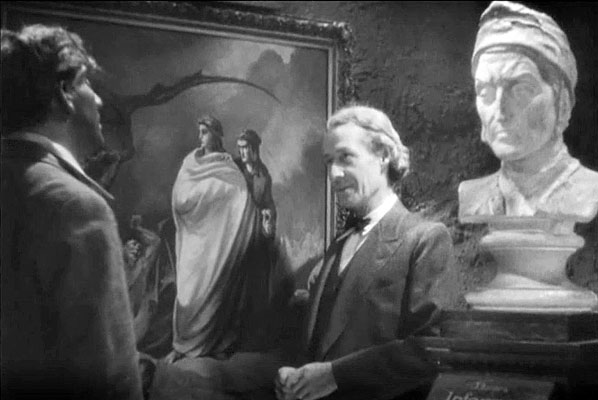 In this presentation, Mirko Tavoni screens and comments on selected clips from three films produced in the United States between 1924-1944, and two films produced in the late 1990s. These films actualize Dante’s Inferno within five – very different – contemporary stories. In the three pre-war films – i.e. Dante’s Inferno by Henry Otto (1924), the homonymous Dante’s Infernoby Harry Lachman (1935), and the Harlemwood production Go Down Death! by Spencer Williams (1944) – Dante is the source of a moral message to modern society: the infernal vision admonishes us not to make of our life, with our hands, a Hell on Earth. The message redeems or punishes those who, through greed for money, spread evil in modern industrial society. Dante is taken as a humanist antidote to the animal spirits of capitalism. The two films of the 1990s – i.e. Decostructing Harry by Woody Allen (1997) and What Dreams May Come (1998) by Vincent Ward – rewrite the myth of Orpheus and Eurydice in opposite keys: the second in a spiritualist-New Age key, the first in a hilariously parodic key.