Confounding the Critics, Surviving the Scandal: The Remarkable Reputation of Oscar Wilde 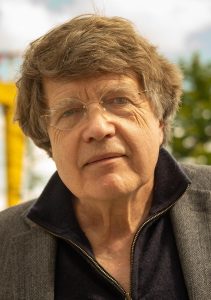 Given by Merlin Holland

This lecture will be livestreamed on the Center’s YouTube Channel and available to watch for a limited time following the event. “Confounding the Critics, Surviving the Scandal: The Remarkable Reputation of Oscar Wilde,” examines Wilde in the context of the 1890s and addresses the question of why he is so enduringly popular and why his work has such resonance for readers and playgoers of the new millennium, despite long periods in the last 120 years when he was considered something of a second-rate author. A sexual, political and literary rebel, he is as popular now as he was often unpopular then.  A catalogue of lies and hypocrisy, shocking stories of homophobia, and underhand dealings, it covers some of the more bizarre aspects of the ‘posthumous life’ of Oscar as well as all the quarrels and squabbles among the friends and the enemies, in fact a sample of everything which has been an echo of that disastrous libel trial of 1895.

Merlin Holland, the only grandson of Oscar Wilde, writes, lectures and broadcasts regularly on the subject of his grandfather’s life. His publications include Irish Peacock and Scarlet Marquess, the first complete record of the libel trial which ultimately brought Oscar Wilde to ruin and social disgrace, and The Wilde Album, a pictorial biography of Oscar Wilde. He is also the co-editor of The Complete Letters of Oscar Wilde and author of Conversations with Oscar Wilde, a series of imaginary conversations between him and his grandfather. At present he is working on an account of Oscar’s ‘posthumous life’ which will show that his grandfather has caused even more trouble after his death than when he was alive. After Oscar’s conviction in 1895, his wife, Constance, and their two sons were forced to move abroad and change their name to Holland. The family has never reverted to the name Wilde.

The inaugural presentation of the William Andrews Clark Lecture on Oscar Wilde was delivered by Merlin Holland in fall of 2007. This biennial series, made possible by a generous endowment founded by Dr. William Zachs, focuses on Wilde, his literary circle and the decadent movement of the 1890s. It highlights the Clark’s collection of Wilde material—the most comprehensive in the world—which includes autograph letters and drafts by Wilde and his circle; a nearly complete collection of printed editions of his works; photographs, original portraits, and caricatures; playbills and news cuttings.

Seats are limited and available on a first-come, first-served basis.
+ Google Calendar+ Add to iCalendar