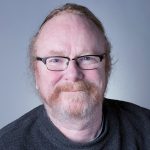 The emergence of the concept of the Global Renaissance has brought new attention to the political, diplomatic, economic, and artistic connections between major civilizational centers in the early modern period. For the most part, however, literature has remained on the sidelines of this discussion. The talk will consider the stakes and challenges of bringing the vast Persophone literary sphere into conversation with contemporary literatures of Europe. It examines the lives and works of three poets who rose to the heights of literary fame from mercantile and craft families that were involved, in one way or another, with cloth and clothing: the Persian poet Mohtasham Kashani (1528-1588), the English poet Edmund Spenser (1552-1599), and the Spanish poet Lope de Vega (1562-1635). Following this “common thread,” I will examine the economic and social circumstances in the sixteenth and early seventeenth centuries that allowed for this kind of social mobility in both Iran and Europe and how they effected literary institutions in three nations separated by religion and language, resulting in broadly commensurate poetic cultures that can be profitably woven together in comparative dialogue.