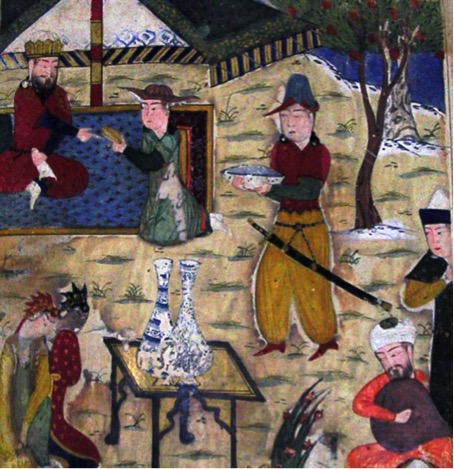 Justine Landau (Sorbonne)
“An Epic Tribute to the Lyric Poem”

Poetry does things with words. In the premodern world, this fact is perhaps nowhere acknowledged more unanimously than in the Persianate sources. Chief among the arts of language, lyric poetry is associated with “licit magic,” after the Arabic saying, since its mastery is said to conduce to “the accomplishment of great things in the order of the world” (Nezâmi ‘Aruzi, Chahâr maqâle, II). The philosophers of the classical period discussed the powers of the poetic art and its unique effect on the imagination. In Arabic and in Persian, the successors of Fârâbi developed the doctrine of the “poetic syllogism” to account for its workings. Writing in the mid-thirteenth century, Nasir al-Din Tusi provides a striking account of why “good poems are more effective than sermons” in impressing the minds of the listeners. Yet, from Beyhaqi and Ghazâli to Jâmi and Mollâ Sadrâ, poets, critics, historians, theologians and prose writers all pay homage to the art of the poet in some way. Unsurprisingly, the Shâhnâmeh itself honors the lyric poets. In several instances in his great epic, Ferdowsi stages episodes of lyric performance, and their consequences on the narrative. Whether depicting the craft of minstrels at court, the boasting of heroes or the lament of warriors after a defeat, these scenes sound a distinctive note within the epic verse in which they are embedded. How can a song inform, or deflect, the destiny of kings? And how does Ferdowsi pay tribute to lyric poetry? The philosophers’ perspective might help us elucidate the far-reaching consequences of some remarkable poems in the Book of Kings.