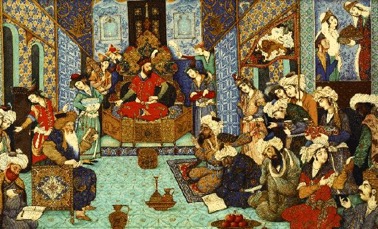 The first substantial amount of classical Persian poetry dates from the 11th century. A large part of this poetry has been composed for the Ghaznavid dynasty (11th-12th century), who ruled semi-independently over large territories of the eastern caliphate. The poetry produced for this dynasty has been of vital importance for the development of a flourishing poetical tradition in the centuries to follow. In this talk, I will discuss one of the major genres of court poetry, the qasida, using some examples from the Ghaznavid court poets ʽOnsori, Farrokhi and Manuchehri, to show what aspects of court life appear in a panegyrical qasida and how these can inform us on life at the Ghaznavid court. This lecture will focus on poetical representations of a variety of celebrations at the Ghaznavid court, with reference to the court poets and in connection to the work of the court historian Beyhaqi.

Co-sponsored by the UCLA Program on Central Asia