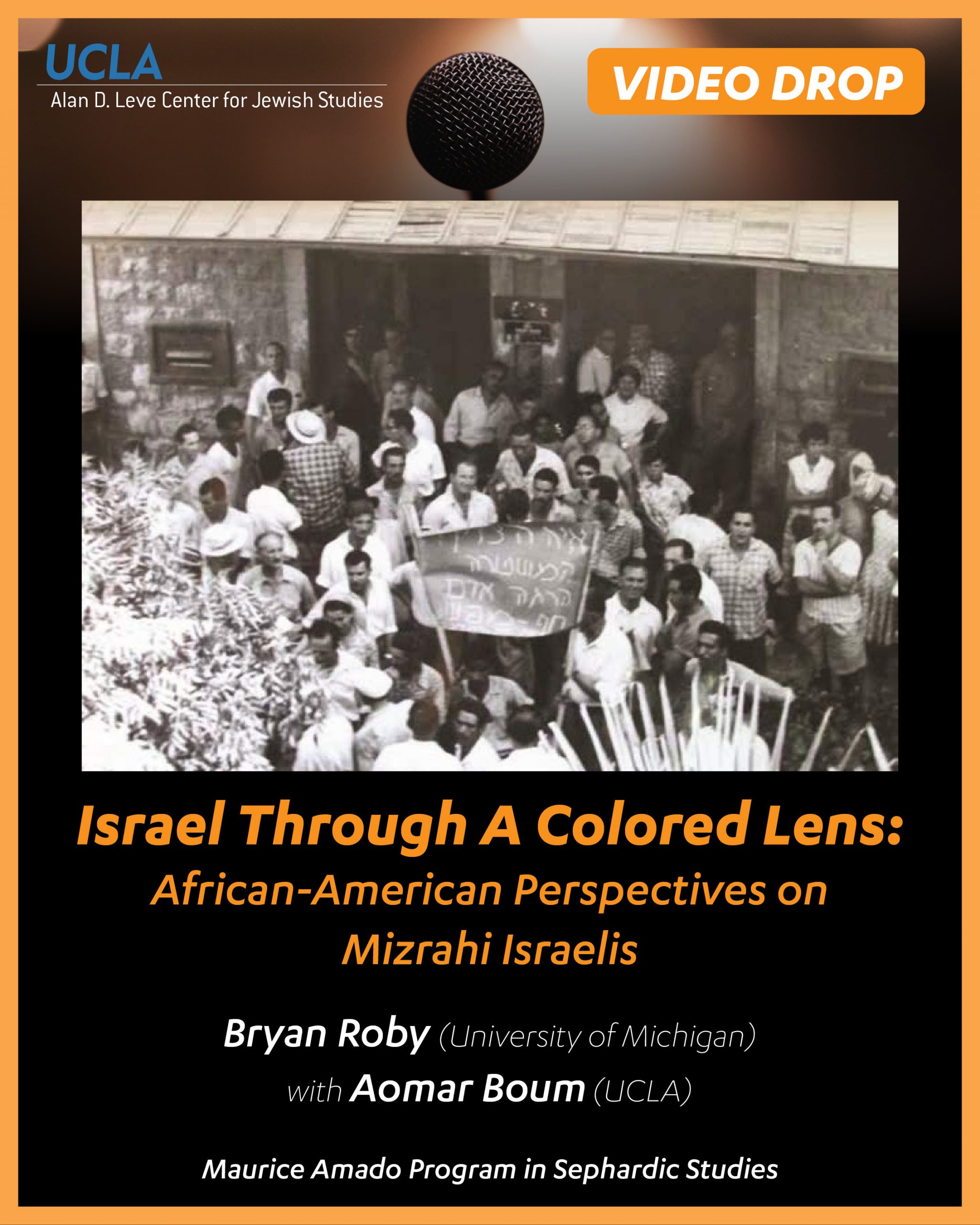 This talk explores African-American interactions with Middle Eastern Jewish Israelis in the 1950s and 1960s. The focus will be on how African-Americans navigated racial constructs in Israeli society as well as an exploration of their observations on racial dynamics in Israel. I center the travel writings of scholar and social worker Ida B. Jiggetts, who wrote extensively on the social positioning of North African and Yemenite Jewish immigrants to Israel. I conclude with reflections on how Israeli Jewish racial constructs influence current day perceptions of Israel. Bryan K. Roby is an Assistant Professor of Judaic Studies at the University of Michigan – Ann Arbor. His expertise is on Middle Eastern and North African Jewish history in the modern era. His research interests include the intersections of race, gender, and sexuality in Israel/Palestine; 19th and 20th century North African history; and the legacy of French colonialism on Arab and Jewish identity. His first book, The Mizrahi Era of Rebellion: Israel’s Forgotten Civil Rights Struggle 1948-1966 (Syracuse University Press, 2015), provides an extensive history of social justice protests by Middle Eastern Jews in Israel. His second book project, Israel through a Colored Lens: Racial Constructs in the Israeli Jewish Imagination, explores the shifting boundaries of racial constructs in Israel/Palestine as well as African-American intellectual contributions to Israeli sociology and theories on race and ethnicity. In examining American, Israeli, and French colonial archives, the book demonstrates how and why Middle Eastern Jews became associated with Blackness throughout the 20th century and what this tells us about the processes of constructing race. In addition to this, he works on the intellectual production of North African Jewish literary figures and political activists associated with the haskalah/nahda in the early- to mid-20th century.