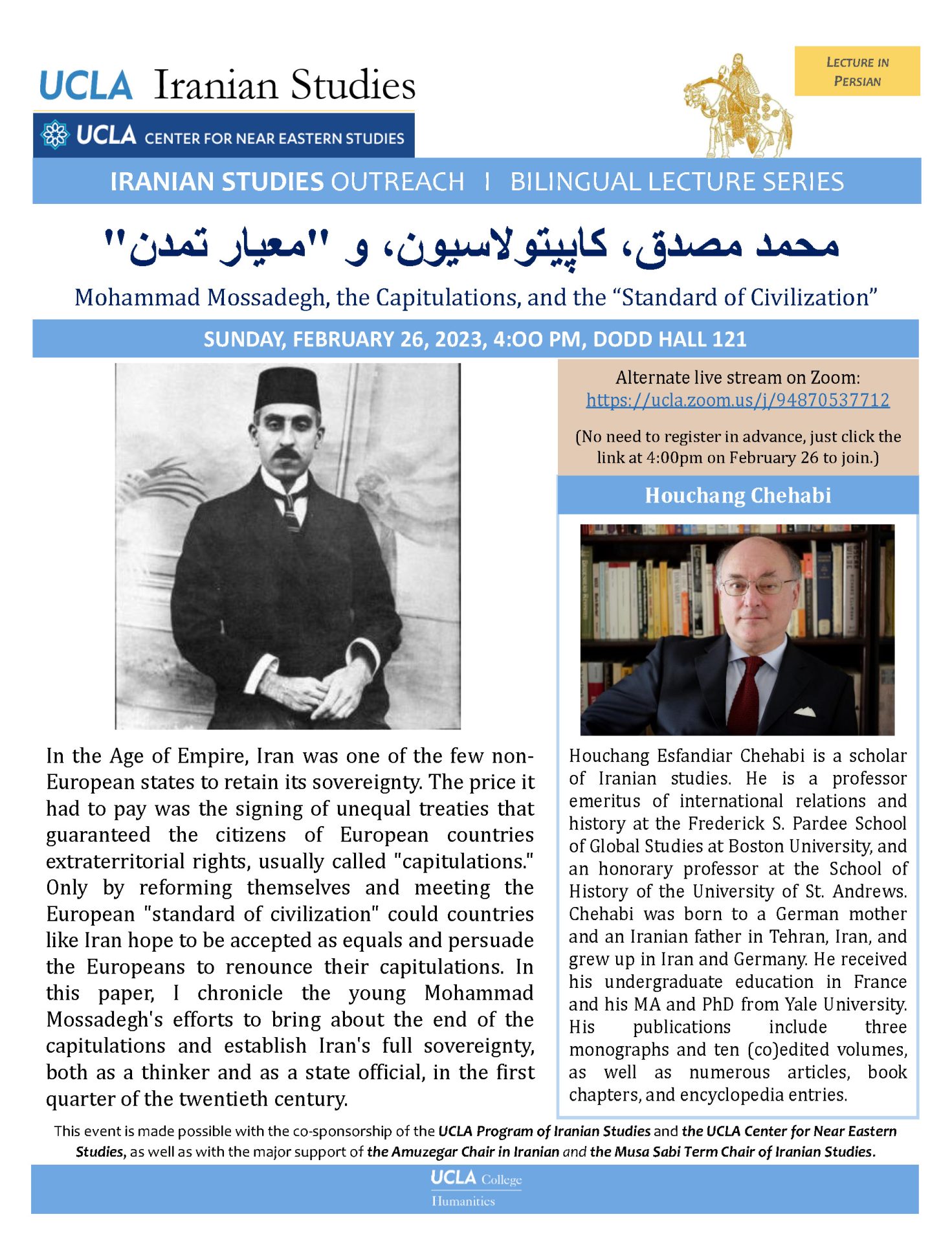 Mohammad Mossadegh, the Capitulations, and the “Standard of Civilization”

(No need to register in advance, just click the link at 4:00pm on February 26 to join.)

In the Age of Empire, Iran was one of the few non-European states to retain its sovereignty. The price it had to pay was the signing of unequal treaties that guaranteed the citizens of European countries extraterritorial rights, usually called “capitulations.” Only by reforming themselves and meeting the European “standard of civilization” could countries like Iran hope to be accepted as equals and persuade the Europeans to renounce their capitulations. In this paper, I chronicle the young Mohammad Mossadegh’s efforts to bring about the end of the capitulations and establish Iran’s full sovereignty, both as a thinker and as a state official, in the first quarter of the twentieth century. 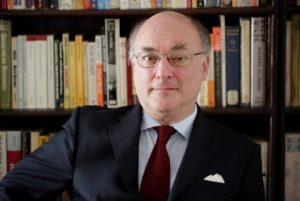 Houchang Esfandiar Chehabi is a scholar of Iranian studies. He is a professor emeritus of international relations and history at the Frederick S. Pardee School of Global Studies at Boston University, and an honorary professor at the School of History of the University of St. Andrews. Chehabi was born to a German mother and an Iranian father in Tehran, Iran, and grew up in Iran and Germany. He received his undergraduate education in France and his MA and PhD from Yale University. His publications include three monographs and ten (co)edited volumes, as well as numerous articles, book chapters, and encyclopedia entries.