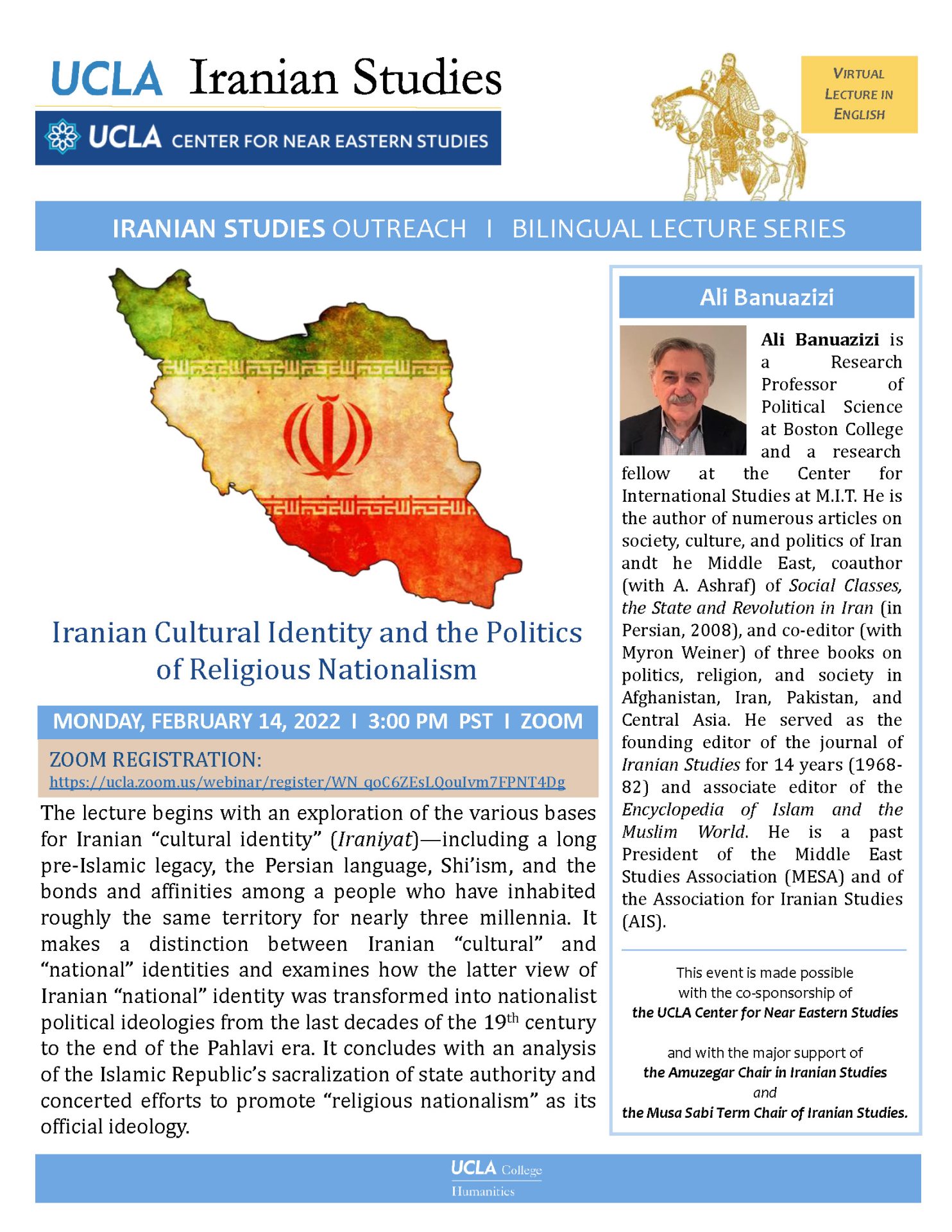 Iranian Cultural Identity and the Politics of Religious Nationalism

The lecture begins with an exploration of the various bases for Iranian “cultural identity” (Iraniyat)—including a long pre-Islamic legacy, the Persian language, Shi’ism, and the bonds and affinities among a people who have inhabited roughly the same territory for nearly three millennia. It makes a distinction between Iranian “cultural” and “national” identities and examines how the latter view of Iranian “national” identity was transformed into nationalist political ideologies from the last decades of the 19th century to the end of the Pahlavi era. It concludes with an analysis of the Islamic Republic’s sacralization of state authority and concerted efforts to promote “religious nationalism” as its official ideology.

Ali Banuazizi is a Research Professor of Political Science at Boston College and    a    research fellow at the Center for International Studies at M.I.T. He is the author of numerous articles on society, culture, and politics of Iran andt he Middle East, coauthor (with A. Ashraf) of Social Classes, the State and Revolution in Iran (in Persian, 2008), and co-editor (with Myron Weiner) of three books on politics, religion, and society in Afghanistan, Iran, Pakistan, and Central Asia. He served as the founding editor of the journal of Iranian Studies for 14 years (1968-82) and associate editor of the Encyclopedia of Islam and the Muslim World. He is a past President of the Middle East Studies Association (MESA) and of the Association for Iranian Studies (AIS).