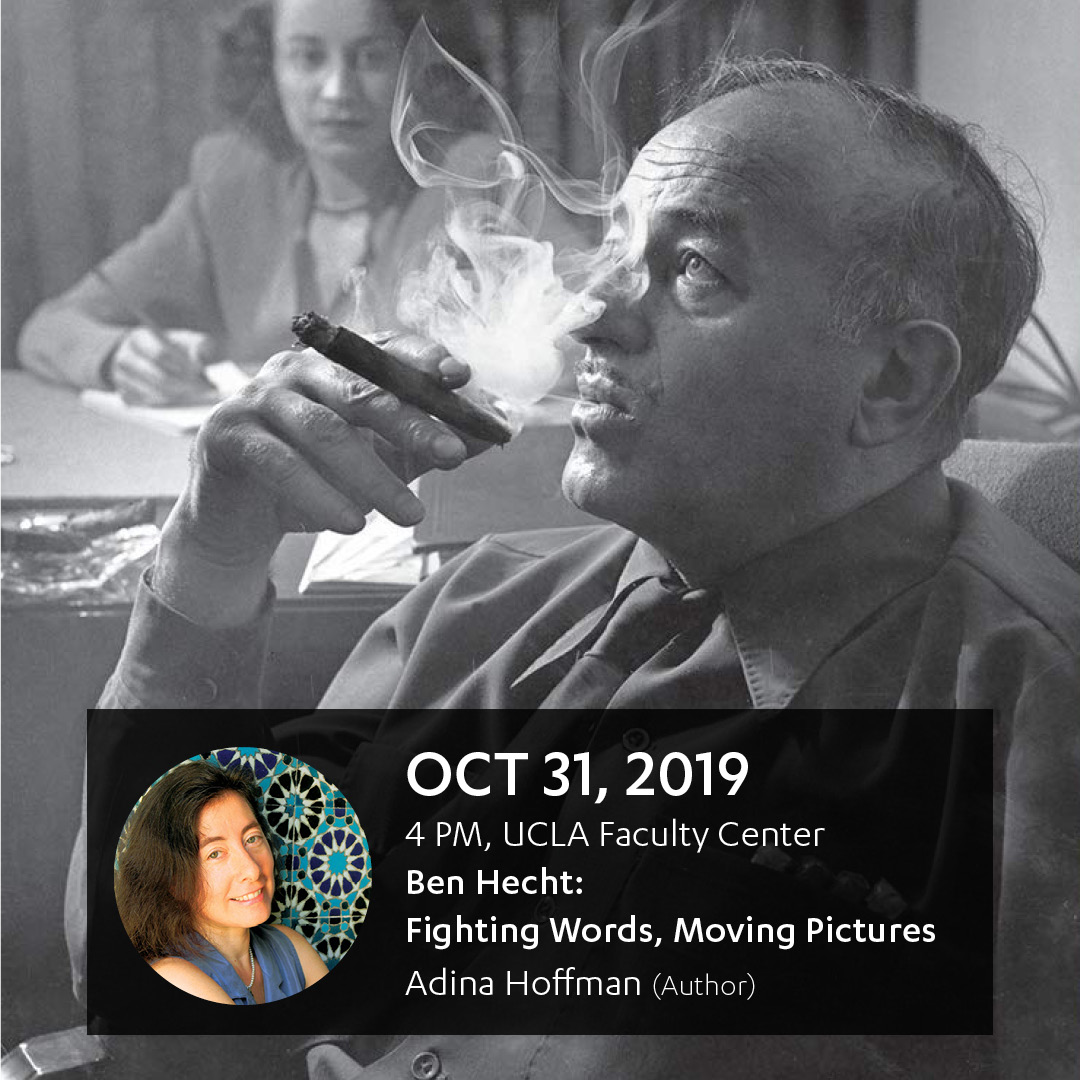 One of the greatest American screenwriters, Ben Hecht was a renaissance man of dazzling sorts—reporter, novelist, playwright, crusader for the imperiled Jews of Hitler’s Europe, and propagandist for pre-1948 Palestine’s Jewish terrorist underground. Whatever the outrage he stirred, this self-declared “child of the century” came to embody much that defined America—and especially Jewish America—in his time. Award-winning essayist and biographer Adina Hoffman will discuss her new book about Hecht, which The New Yorker, calls “superb” and Booklist describes as “electrifying.”

Adina Hoffman’s books include Till We Have Built Jerusalem: Architects of a New City (FSG), and My Happiness Bears No Relation to Happiness: A Poet’s Life in the Palestinian Century (Yale). The latter was named one of the best twenty books of 2009 by the Barnes & Noble Review and won the UK’s 2010 Jewish Quarterly-Wingate Prize. She is also the author, with Peter Cole, of Sacred Trash: The Lost and Found World of the Cairo Geniza (Schocken), which was awarded the American Library Association’s Brody Medal for the Jewish Book of the Year. Yale University has just published her Ben Hecht: Fighting Words, Moving Pictures, which Booklist calls “electrifying” and David Denby, writing in The New Yorker, describes as “superb.” Formerly a film critic for the American Prospect and the Jerusalem Post, she has received a Guggenheim Foundation Fellowship and was awarded one the inaugural (2013) Windham Campbell literature prizes.