Skip to main content
Home » Events » UCLA Alan D. Leve Center for Jewish Studies » Back to the Future of Al-Andalus: A Poetry Reading and Conversation

Back to the Future of Al-Andalus: A Poetry Reading and Conversation 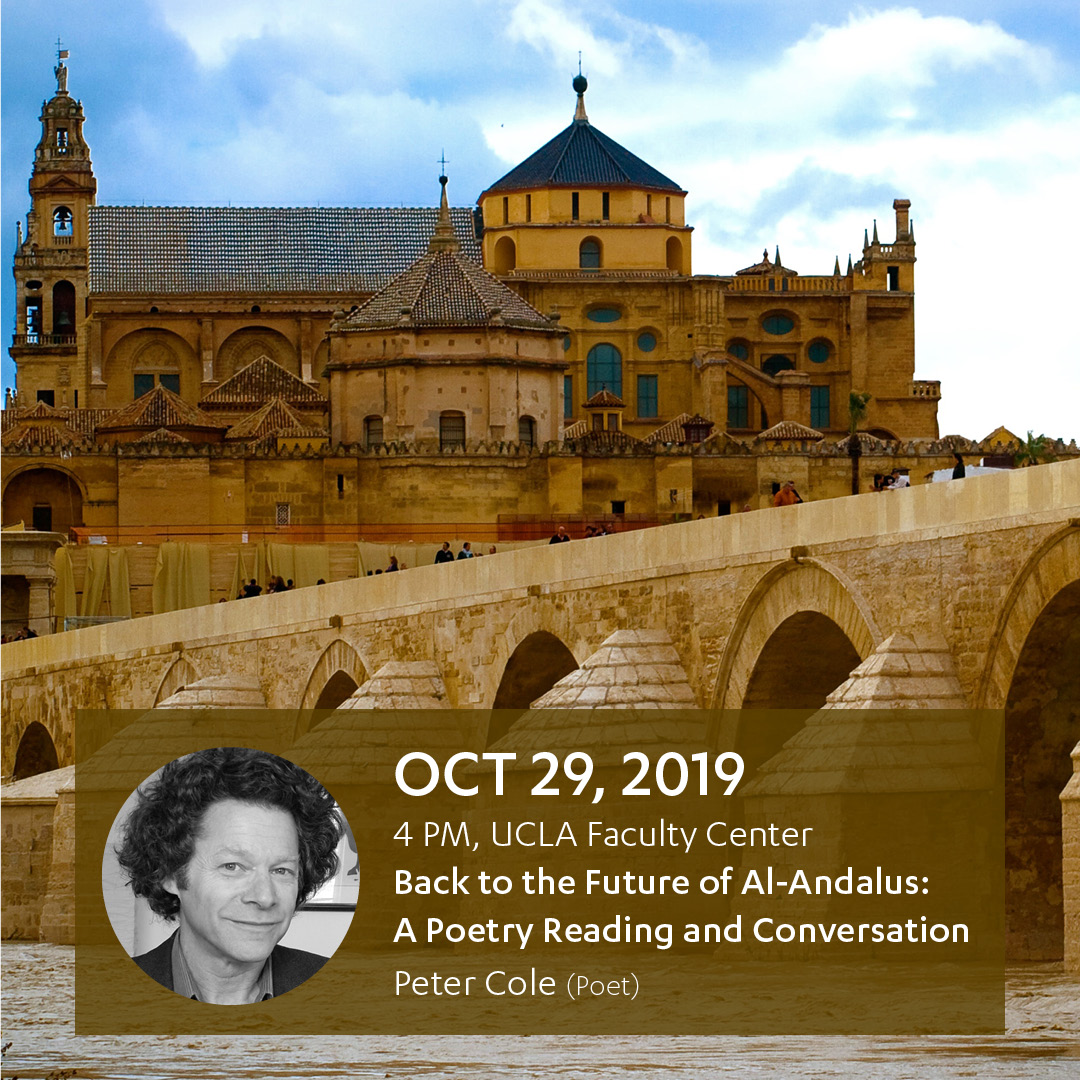 MacArthur-winning poet and translator Peter Cole will read from his work and talk about the origins and legacy of the hybrid Hebrew poetry of Muslim Spain. Moving between eleventh-century Iberia and twenty-first century Jerusalem and America, Cole will take us into the heart of one of the most vital periods of Jewish literary history, as he discusses its relevance for writers and readers today. Cole has been called “an inspired writer” (the Nation) and “one of the most vital poets of his generation” (Harold Bloom). He is the author of five books of poems—most recently Hymns & Qualms: New and Selected Poems and Translations (FSG, 2017)—and many volumes of translation from Hebrew and Arabic, medieval and modern. His many honors include an American Academy of Arts and Letters Award in Literature, a Guggenheim Fellowship, a Jewish National Book Award, and the PEN Prize in Translation. He divides his time between Jerusalem and New Haven, where he teaches at Yale each spring.