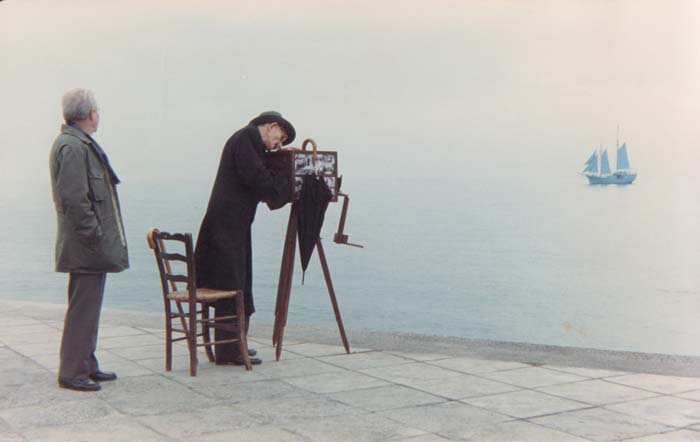 Theo Angelopoulos once confessed to an interviewer, “I would like to believe the world will be saved by the cinema.” Ulysses’ Gaze gives this hope form as a Greek filmmaker known as A (Harvey Keitel) becomes obsessed with finding lost reels of film shot by the Manaki Brothers, Yanaki and Milton, real-life film pioneers who made the first movies in the Balkans. Relentlessly pursuing their whereabouts across the war-shattered region, he comes to believe that this “first gaze” from the beginning of the century might reveal some meaning to those struggling at its end. Winner of the Grand Jury Prize at Cannes, Ulysses’ Gaze is the second film in Angelopoulos “Trilogy of Borders.”