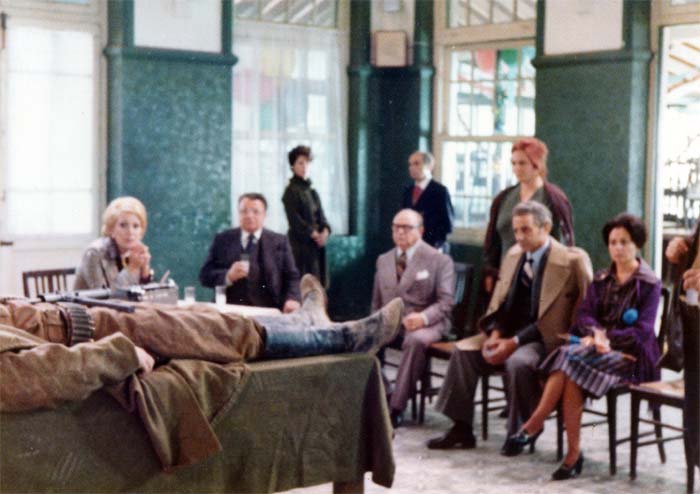 When a hunting party finds the body of a communist partisan perfectly preserved in the snow, they carry it back to their lakeside lodge to open a formal inquest. Representatives of the  conservative elite—politicians, military officers, businessmen, media figures—who have gathered to celebrate New Year’s Eve 1977, they are suddenly confronted by the horrors that put them in power. Theo Angelopoulos once compared The Hunters to Hitchcock’s The Trouble with Harry and while an absurdist streak runs through the film it’s also one of the most pointed and damning political critiques of his career.