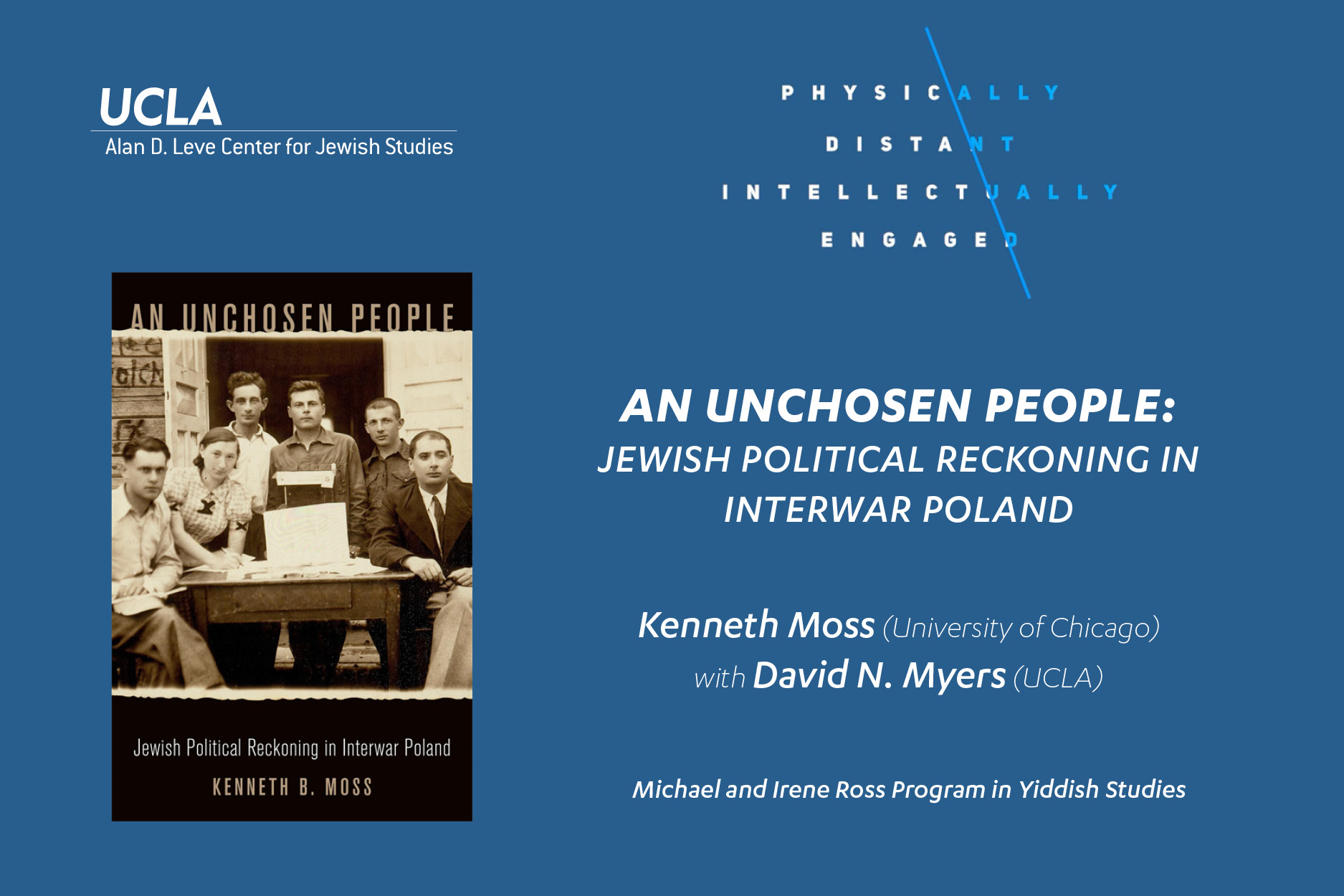 What did the future hold for interwar Europe’s largest Jewish community, the font of global Jewish hopes? When intrepid analysts asked these questions on the cusp of the 1930s, they discovered a Polish Jewry reckoning with “no tomorrow.” Assailed by antisemitism and witnessing liberalism’s collapse, some Polish Jews looked past progressive hopes or religious certainties to investigate what the nation-state was becoming, what powers minority communities really possessed, and where a future might be found–and for whom. The story of modern Jewry is often told as one of creativity and contestation. Kenneth B. Moss traces instead a late Jewish reckoning with diasporic vulnerability, nationalism’s terrible potencies, Zionism’s promises, and the necessity of choice.

Kenneth B. Moss is the Harriet and Ulrich E. Meyer Professor of Jewish History at the University of Chicago. He is the author of Jewish Renaissance in the Russian Revolution (Harvard University Press, 2009), which received the Sami Rohr Prize for Jewish Literature, and An Unchosen People: Jewish Political Reckoning in Interwar Poland, which was supported by a Ryskamp Fellowship from the American Council of Learned Societies and which has just appeared from Harvard University Press. He is co-editor with Ben Nathans and Taro Tsurumi of From Europe’s East to the Middle East, which also appeared this year. With Israel Bartal, he is co-editing volume 7 of the Posen Library of Jewish Culture and Civilization: National Renaissance and International Horizons, 1880–1918 (Yale University Press, forthcoming). From 2014 to 2020, he coedited Jewish Social Studies.