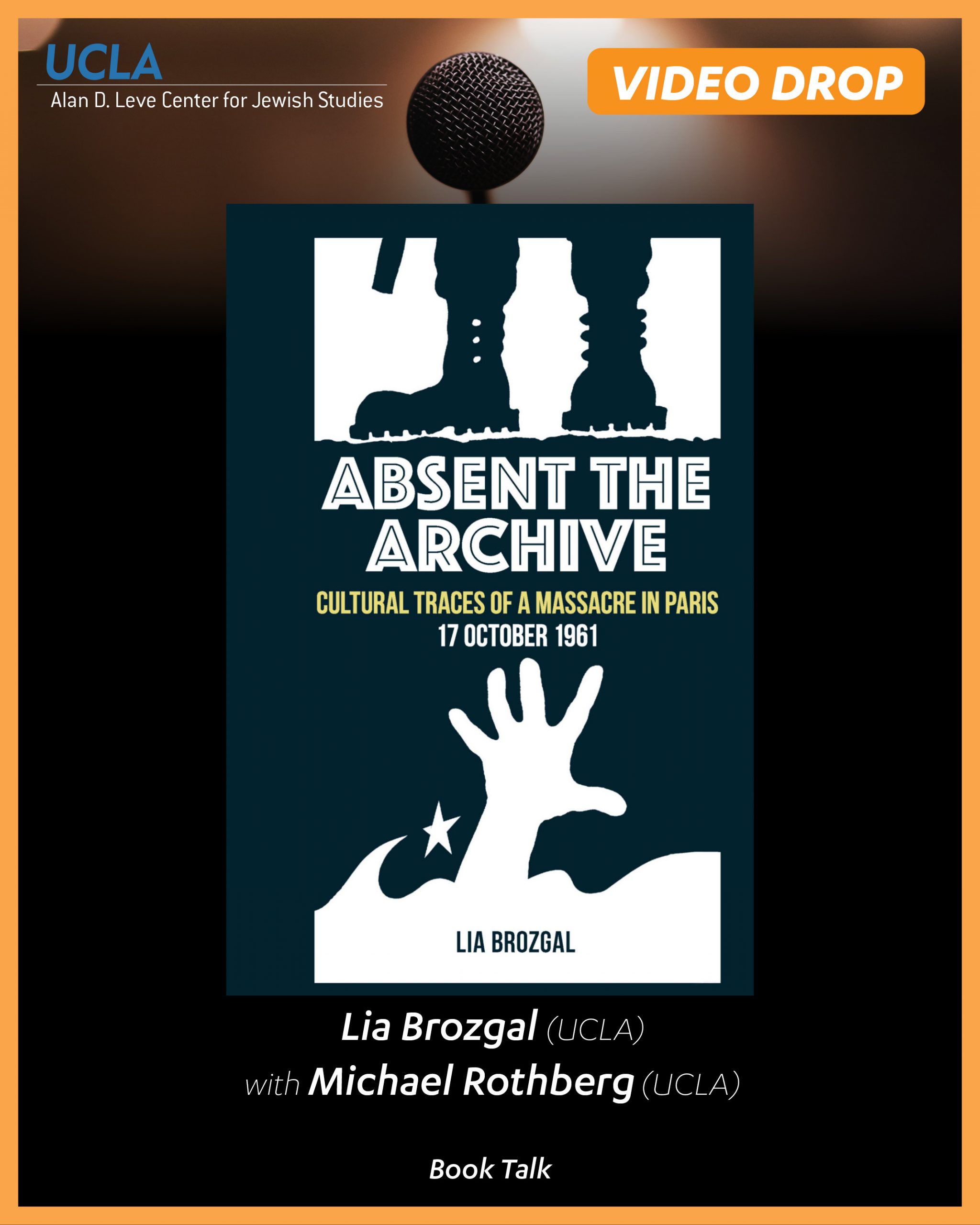 Absent the Archive: Cultural Traces of a Massacre in Paris, 17 October 1961 is the first cultural history devoted to literary and visual representations of the police massacre of peaceful Algerian protesters. Covered up by the state and hidden from history, the events of October 17 have nonetheless never been fully erased. Indeed, as early as 1962, stories about the massacre began to find their way their way into novels, poetry, songs, film, visual art, and performance. This book is about these stories, the way they have been told, and their function as both documentary and aesthetic objects. Identified here for the first time as a corpus – an anarchive – the works in question produce knowledge about October 17 by narrativizing and contextualizing the massacre, registering its existence, its scale, and its erasure, while also providing access to the subjective experiences of violence and trauma. Absent the Archive is invested in exploring how literature and culture represent history by complicating it, whether by functioning as first responders and persistent witnesses; reverberating against reality but also speculating on what might have been; activating networks of signs and meaning; or by showing us things that otherwise cannot be seen, while at the same time provoking important questions about the aesthetic, ethical, and political stakes of representation. Lia Brozgal is Associate Professor of French and Francophone Studies in the Department of European Languages and Transcultural Studies at UCLA. Her research deals broadly with the literature, history, and culture of Francophone North Africa and contemporary France. She is the author of Absent the Archive: Cultural Traces of a Massacre in Paris (17 October 1961) (Liverpool UP, 2020) and Against Autobiography: Albert Memmi and the Production of Theory (U Nebraska Press, 2013); co-editor of Ninette of Sin Street (Stanford UP, 2017) and Being Contemporary: French Literature, Culture, and Politics Today (Liverpool UP, 2015); and has published essays and book chapters on North African literature and cinema, beur cultural productions, chronicles of the Holocaust in North Africa, and Judeo-Maghrebi writing and film.