A Time to Gather: Archives and the Control of Jewish Culture 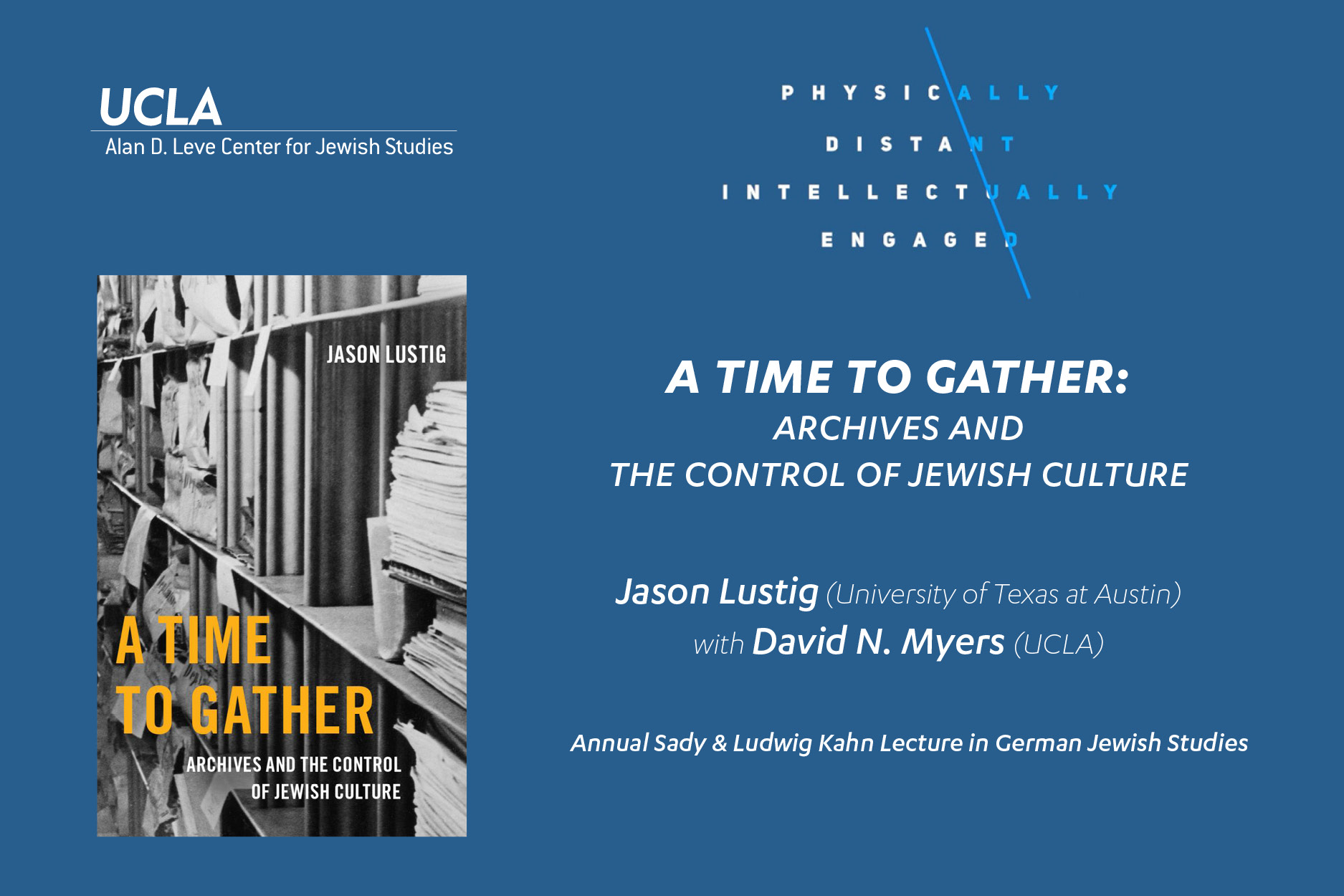 Jason Lustig (The University of Texas at Austin) with David N. Myers (UCLA)

How do people link the past to the present, marking continuity in the face of the fundamental discontinuities of history? A Time to Gather argues that historical records took on potent value in modern Jewish life as both sources of history and anchors of memory because archives presented one way of transmitting Jewish history from one generation to another as well as making claims of access to an “authentic” Jewish culture. Indeed, both before the Holocaust and especially in its aftermath, Jewish leaders around the world felt a shared imperative to muster the forces and resources of Jewish life. It was a “time to gather,” a feverish era of collecting-and conflict-in which archive-making was both a response to the ruptures of modernity, and a mechanism for communities to express their cultural hegemony.

Jason Lustig is a Lecturer and Israel Institute Teaching Fellow at the Schusterman Center for Jewish Studies at the University of Texas at Austin. His first book, A Time to Gather: Archives and the Control of Jewish Culture (Oxford University Press, 2021), traces the twentieth-century struggle over who might “own” Jewish history, especially after the Nazi looting of Jewish archives. Dr. Lustig is also the host and creator of the Jewish History Matters Podcast, which is online at JewishHistory.FM. He received his Ph.D. at the UCLA Department of History, and has also been a Harry Starr Fellow in Judaica at Harvard University’s Center for Jewish Studies and a Gerald Westheimer Early Career Fellow at the Leo Baeck Institute.