A Sarajevo Story: Jews, Muslims, and the Complexities of Rescue in a formerly Ottoman town (Emily Greble) 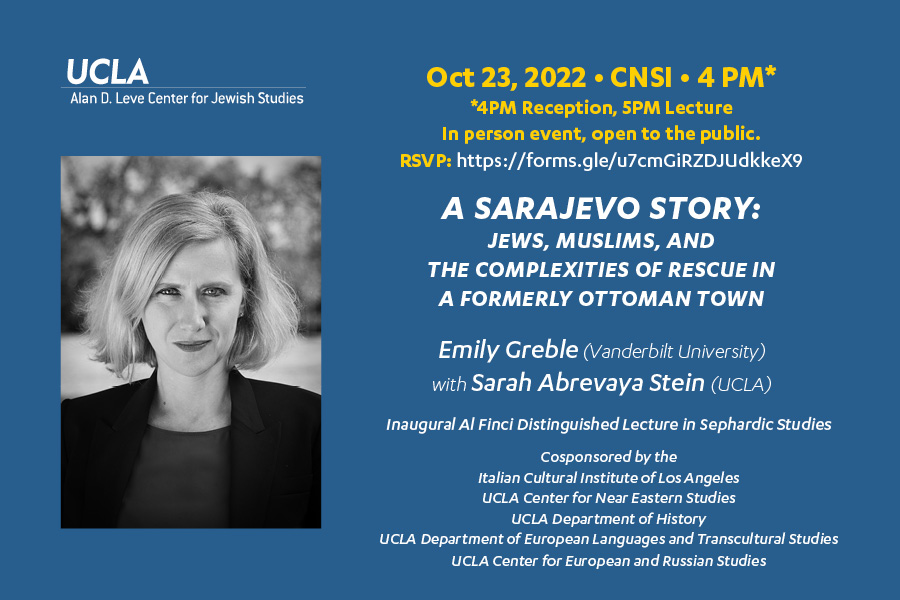 A Sarajevo Story: Jews, Muslims, and the Complexities of Rescue in a formerly Ottoman town
Inaugural Al Finci Distinguished Lecture in Jewish Studies

This talk explores the entangled narratives of racial politics and understandings of rescue in a multiconfessional, post-Ottoman town. Drawing upon accounts of Jews and Muslims in Sarajevo during the 1930s and 1940s, it looks at how local communities operate beyond ideological frameworks and historical mythologies. It illuminates how it was possible to have mass condemnations of the Holocaust and many private efforts to save Jews and Jewish culture in the same place, and by some of the same people, who would seek alliances with Nazi Germany and support the creation of the Bosnian Muslim Waffen SS unit.

Emily Greble teaches History and East European Studies at Vanderbilt University. She is the author of Sarajevo, 1941-1945: Muslims, Christians, and Jews in Hitler’s Europe (Cornell, 2021) and Muslims and the Making of Modern Europe (Oxford, 2021).