Skip to main content
Home » Events » CMRS Center for Early Global Studies » A Library of Memories: Textual Preservation at the Monastery of St. Michael in Egypt

A Library of Memories: Textual Preservation at the Monastery of St. Michael in Egypt 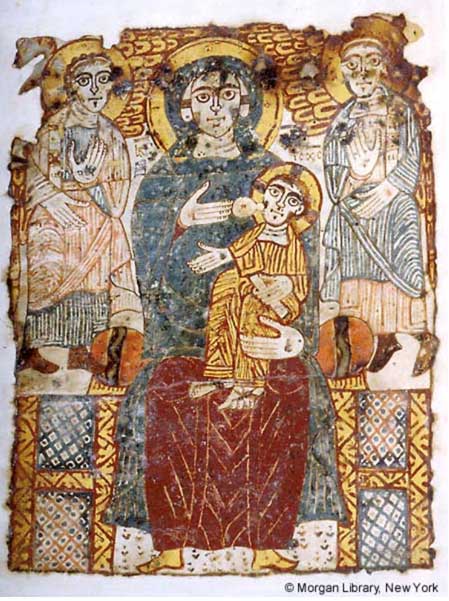 The Annual Richard & Mary Rouse History of the Book Lecture

This year’s speaker is Andrea M. Achi, PhD, Assistant Curator in the Department of Medieval Art and The Cloisters at The Metropolitan Museum of Art in New York.

In 1910, a group of Egyptian farmers claimed they discovered a hoard of Coptic manuscripts in a stone vat outside the village of al-Hamuli of the Fayyum Oasis in Egypt. Sold to J. Pierpont Morgan in 1911, the find amounted to forty-seven manuscripts with a total of 2,481 folios. Most of the manuscripts are associated with a single monastery called the Monastery of St. Michael. Every manuscript from the hoard has ornamental flourishes, marginalia, borders, and frames; twenty-seven contain frontispieces with both figural and ornamental decoration. Almost all of the texts are copies of late antique works. Yet, as their colophons indicate, the manuscripts were, to the extent that they have preserved dates, produced between 822 and 914 CE. As a group, the manuscripts represent the contents of a monastic library.

This talk explores the function of the collection, as a library, within its medieval Egyptian monastic context. Emphasizing the materiality of the manuscripts, I suggest that the manuscripts represented more than textual objects to the Monastery of St. Michael. Ultimately, I argue that the production, use, and storage of The St. Michael Collection rested upon the importance of memory to its monastic community. These discoveries give insights into libraries produced in other Christian communities in Medieval Africa.

Please check back for registration information.

The History of the Book Lecture series is funded entirely through the generosity of individual donors. Contributions are welcomed at any time. Gifts to support the series can be made at cmrs.ucla.edu/giving/.